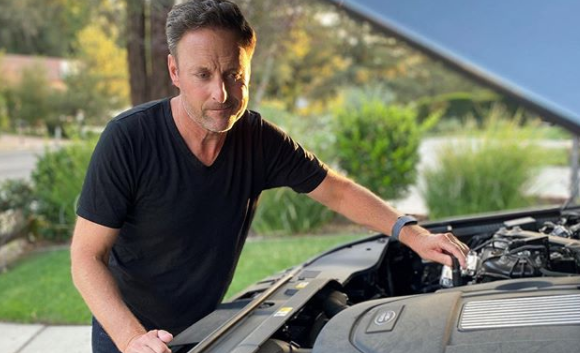 Times they are a changing. We’ve got double the Bachelorettes and a lot of unconventional situations. Chris Harrison is hoping one other constant might change for The Bachelorette.

The proposal. Traditionally it’s been the men choosing a ring and proposing to the lead. Along with a new line of his own male engagement rings, Chris hopes that might change. Perhaps he sees a future where the Bachelorette takes charge of it all.  Chris Harrison had the question in an interview if he thought it possible in the future for a woman to control everything. This included the proposal at the end of the show.

Chris Harrison Would Love For The Woman To Control The Proposal

Chris Harrison said, “I would love that. I always find it interesting—and you call it a double standard, call it a tradition. I don’t know what it is, but at the end of The Bachelorette, the women have always allowed and decided that they wanted the man to propose to them.”

He went on to say he gets it because it’s traditional but he would love to see a woman just go for it. He said he’d like to see the lead where she gets down on one knee, and she pulls out a Chris Harrison Collection Line ring and delivers the proposal.” He said everyone is always talking about equality, so why not.

The Host Hopes To Start A Trend With Men’s Fashion 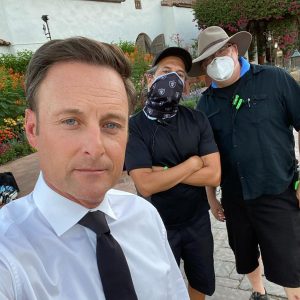 Chris said, “We change purses, we change clothes, we change all these other things. Why wouldn’t you put on a ring for the occasion?” Chris teamed up with Manly Bands according to MSN. He had his girlfriend Lauren Zima to help him name them. Their relationship inspired some of the rings. There are twenty-four bands in The Chris Harrison Collection. Chris said the idea stemmed from Neil Lane showing up with a huge selection for the women. When it came to engagement rings, there were only three choices for the men.

There are people he thinks should wear them. He said Wells Adams, Jordan Rogers, and Kevin Wendt were on that list. Chris said, “This is gonna sound weird, but I would be honored if I could put a ring on their finger.” Chris is currently in quarantine in order to film The Bachelor and The Bachelorette is airing on Tuesdays with a special episode coming Thursday November 5th.