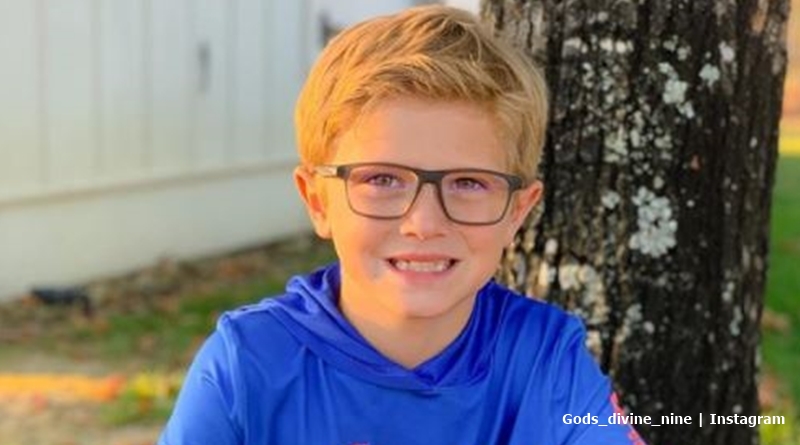 Sweet Home Sextuplets star Courtney Waldrop shared the cutest photos of the little kids dressed for Halloween. The family enjoyed fun with the babies in the afternoon. But in the evening, they set aside time for the three bigger boys. However, only Wales dressed up for it.

Sweet Home Sextuplets The adorable babies posed in their outfits

Taking to her Instagram on October 31, Courtney shared six photos of the babies. Tag, Rivers, Rawlings, Rayne, Layke, and Blu dressed in pinkish-red outfits for the girls, and in shades of light blue for the boys. The boys looked adorable in their tiny jeans. Earlier, Courtney shared a photo of them all playing happily with paint and pumpkins. Messy, but great fun from the look of it.

Sweet Home Sextuplets fans adored the shot of them playing around with paint. Courtney wrote, “Pumpkin Painting!!🎃 I think they got more on them than the pumpkins😝.” Cleverly though, the TLC star just dressed the kids in their diapers. One fan said, “Omg your babies are so beautiful 💙💙💙💗💗💗.” And another one noted, “You were busy making memories!😁.”  Well, in the evening they made more memories with the older boys.

Saylor, Wales, and Bridge celebrate their own Halloween

Courtney also revealed the three boys. But she noted that only Wales dressed up for it. He looked tough in his miniature solder’s uniform. But, his cute little face detracted from the fearsome aspect somewhat. Courtney captioned the photo with  “fun with our big boys tonight!! Only Wales dressed up this year out of the 3 big boys😢 Hopefully he’ll never feels [too] old to dress up!!👻💙👻.”

Many Sweet Home Sextuplets fans commented on Wales. One fan noted, “Cute picture! Boys outgrow dressing up before girls do.🎃💙.” And another one said, “Wales looks so awesome!!!! It’s so sad how quickly kids are now feeling too cool/too old for dressing up. 😢 my generation dressed up and did trick or treating until age 12-13!” Funnily enough, they outgrow it for a while but as they become family parents themselves, they often get right back into it with gusto! 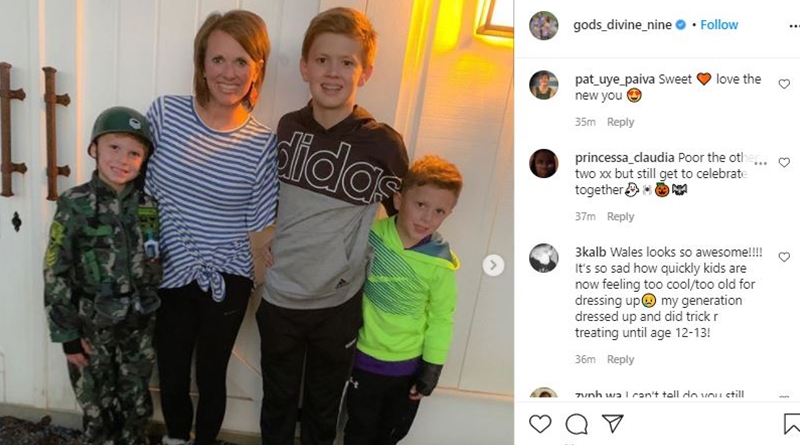 Many fans love that the TLC family enjoys themselves at Halloween. After all, quarantine made for difficult times for the family. It meant that friends and family couldn’t help out with all the kids. Eric stressed about his earning from his business. But, Wales and his two brothers, Saylor and Bridge enjoyed getting outdoors and going fishing with their dad a bit.

Fox News reported that Courtney said, “When school permanently closed down and the big boys come home and I still have six 2-year-olds. I’m trying to do everything on top of school work. It’s a lot for sure.”

Are you surprised that only Wales dressed up for Halloween among the big boys of Sweet Home Sextuplets? Have your kids also outgrown the desire for costumes? Sound off in the comments below.