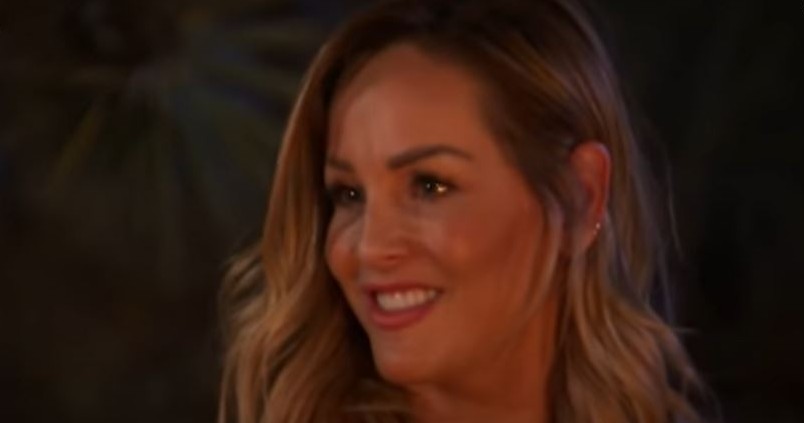 There is tons of speculation surrounding Clare Crawley on this season of The Bachelorette. ABC Exec Robert Mills appeared on Nick Viall’s podcast and spilled the beans on what went down. However, is that really what happened? Reality Steve says no.

What ABC exec had to say about Clare’s exit

Robert Mills made an appearance on The Viall Files and shared plenty. One huge thing he divulged was the moment producers knew they needed to change things. There was reportedly one turning point that led them all to determine another Bachelorette needed to be brought in.

Vulture shared what went down during the interview with Nick. Things took a big turn downhill when Clare decided to not give out a group date rose. Instead she gave herself the rose. Robert said this made them open up their eyes a bit. He said, “When she didn’t give out that rose and she just gave it to herself, that was it.” He continued, “That was really it, when we started making the call.”

Robert also admitted the other contestants were beginning to turn on Dale and Clare at this point. Everyone believed that perhaps Dale and Clare were speaking pre-show. Mills went on to say that Clare swore on her father’s grave she did not break rules and have contact with Dale prior to the show.

New Episode Breaking down all things ep 3 with ABC executive and friend @Millsy11374. What do expect going forward and how @Chrishell7 almost was #TheBachelorette https://t.co/CcCewVzBlphttps://t.co/Q0DV3zMuxb pic.twitter.com/EUGjmQ6cJd

Is that what really happened?

Reality Steve says not necessarily. He believes producers were planning on brining Tayshia Adams in before night one ever filmed. For example, he said Tayshia came in on day 9 and Clare did film for 12 days.

Steve said, “The thing is as I told you yesterday, this episode was not gonna be good for Clare. This edit she’s getting certainly isn’t doing her any favors. Why are they doing it? I don’t know. Maybe it’s because they had Tayshia before this season even started and they really didn’t care what Clare did. We’ve gotten to a point with me covering this show like I do that any time I give insight about behind-the-scenes stuff I’ve heard/been told/seen, unless I provide proof of it, people start questioning it’s validity. I’m sorry, but I’m not going to out sources to appease you. Based on things I’ve heard and texts that I’ve seen, I absolutely believe that Tayshia was planned before the first night of filming ever happened. Too many things point to it that I know about.”

According to Mills, they all knew Clare would be unpredictable and that was one thing they liked. However, perhaps she was just more than they bargained for. But, if she finds love in the end then that was the point to begin with.

Many have also wondered if the current situation would allow for a Men Tell All special. The answer is yes! Mills says that while it will be different than normal they are totally planning a special.

Stay tuned for more information as it surfaces. And, remember, The Bachelorette will not air November 3 due to the election. Fans can see all the drama go down Thursday, November 5 on ABC.