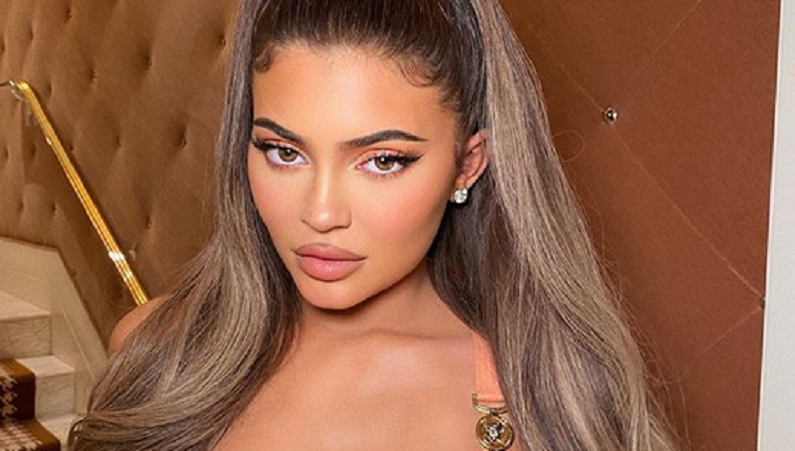 Kylie Jenner plans to party amid Kim Kardashian’s birthday vacation backlash. Earlier this week, Kim dropped the photos from her 40th birthday party. Instead of having a small party at home, she brought her family and friends on a tropical island getaway. While she acknowledged her privilege, she still received backlash for planning the event amid a pandemic.

Kylie was the only one who didn’t attend the bash. She couldn’t go because work was calling. But now, she’s ready to party. The Keeping Up With the Kardashians star started celebrating Halloween early. She dressed up as the sexy red Power Ranger on Thursday night, October 29.

And now, Kylie plans to party all weekend long.

After Kim Kardashian had a big bash on a private island, Kylie Jenner has plans of her own. She’s headed to a huge Halloween bash on Saturday night, October 31, as per Page Six. Halloween isn’t canceled after all. The 23-year-old will attend a party with 100 guests, including plus ones. However, the outlet won’t reveal the details of the party, including the location or the guests’ names for privacy reasons.

Of course, it’ll include Kylie’s BFF Anastasia “Stassie” Karanikolaou, Fai Khadra, among others. Kylie previously attended a banging Halloween party a few nights ago. She dressed as a sexy Power Ranger with her squad. But she didn’t host the event, she was only a guest, according to her rep.

Nothing has stopped Kylie amid the coronavirus pandemic. After telling her followers to stay home, she’s traveled everywhere from Paris, France to Wyoming. Earlier this month, she even attended Cardi B’s party in Las Vegas. It could be the reason why Kylie missed out on Kim’s own birthday party.

The KUWTK star told her followers that she informed her guests to quarantine for two weeks before the trip. On a recent episode of Keeping Up With the Kardashians, Khloe Kardashian revealed that she battled COVID-19 earlier this year and called the virus “super scary.” She also told Ellen DeGeneres that she had to quarantine for nearly two weeks. The “hardest part” was waiting to be with her daughter, True, until she was COVID-free again.

She claimed she’s used to staying at home since hiding her pregnancy. But it was a secret that didn’t last that long until the paparazzi found out. For much of her pregnancy, Kylie couldn’t party or travel. And she didn’t even use social media that much until Stormi Webster was born.

Kylie Jenner continued the Halloween celebrations on Friday night. Her and her sister, Kendall Jenner, dressed up as disco queens, similar to what they wore when they were younger. Of course, it was the sexy version. Kylie shared the before-and-after photos on her Instagram Stories. And it’s clear that she’ll have another costume planned for tonight.

What are your thoughts on Kylie Jenner attending a huge Halloween bash? Sound off below in the comments section.