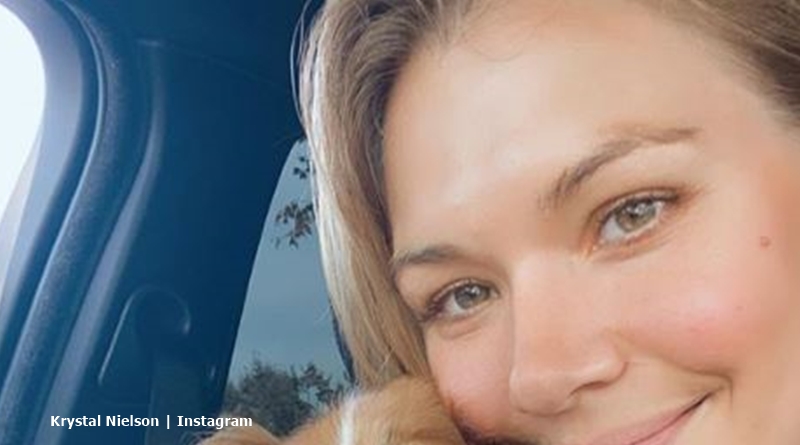 BiP fans heard that Krystal Nielson and Chris Randone filed for divorce after eight months of marriage. Actually, they set a record as the first divorced couple from the ABC show. About seven months later, Krystal teased fans with a photo of her new guy. Now, she revealed two more photos and admits she definitely dates again. And it looks like she dates Miles Bowles from San Diego.

We reported that the Bachelor in Paradise star, Chris never “really settled into married life.”  While he hoped like crazy things might work out between him and Krystal, it failed and they went their separate ways. In the first week of October, Krystal shared a photo of a hunky new man. They kissed passionately, and fans instantly assumed correctly, that they dated.

People reported that Krystal said, “I realized that life isn’t meant for us to replay…but rather for us to embrace, evolve and create new experiences that will continue to shape us into who we are meant to be.” So, she moved on with a new relationship. And, Chris also dates other people these days. Whatever happened between the BiP couple ended their relationship with finality.

On Friday October 30, Krystal shared two more photos of her new hunky guy. She captioned them with, “Okay enough teasing.. ➡️swipe to meet my boyfriend… and his right nipple. 😉❤️🥰.” Once again, they kissed passionately in one photo. In the second photo, he came for air and fans actually got a look at his face. And, they agree he looks very cute. One fan said, “Omg ! He’s sooo cute!!! Happy looks good on you ❤️.”

A few fans asked where the couple met. But so far, the BiP alum never answered. One thing fans noted, is he looks nothing like any Bachelor Nation star. Others agreed that they look like they fell in “real” love. And, lots of fans feel “happy” for Krystal. But so far, she didn’t reveal his name and fans itch to get on over and follow him on Instagram. 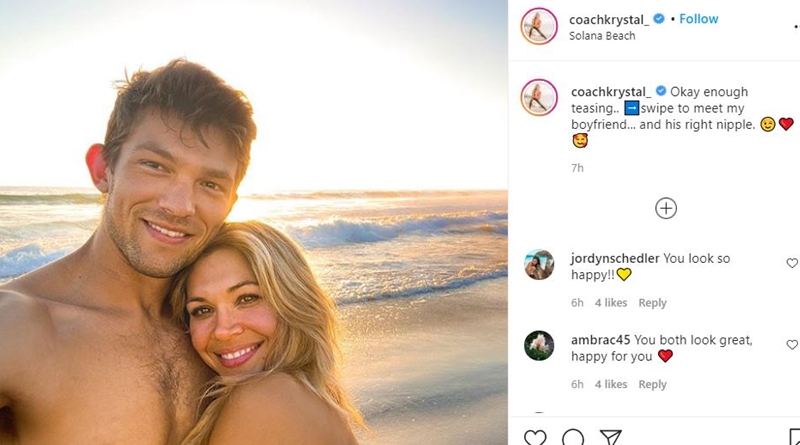 Speculation about the new boyfriend Miles

Realitytitbit reported that some fans think they already identified Krystal’s new man. They think he might be Miles Bowles. And the outlet noted that according to “his Instagram page, Miles is a digital creator and is based in San Diego.” Well, on Friday, Miles also shared a post and this time, he revealed a photo of Krystal who loved it. Over there, some of his 2.2k followers congratulated the couple. 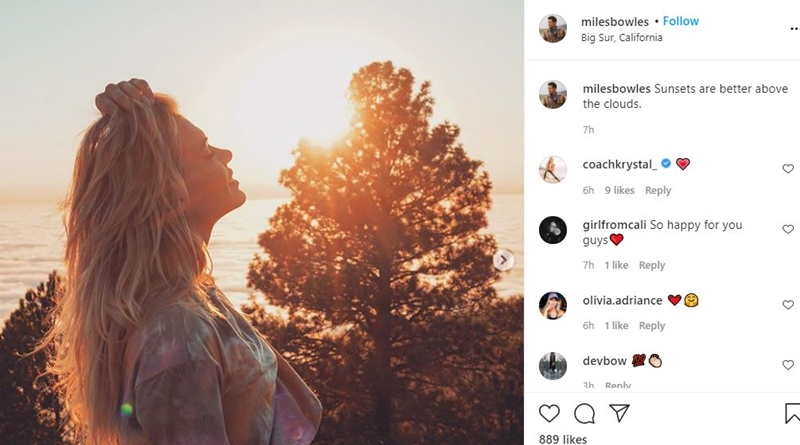 One BiP fan wrote, “So Happy for you guys. Anyone who throws shade is just jealous. You guys are super cute together ❤️❤️.” His photos revealed the photo came from Big Sur. And in a previous photo, he revealed he visited the area a “few months ago.” Plus, Krystal tagged herself at Big Sur on September 9.