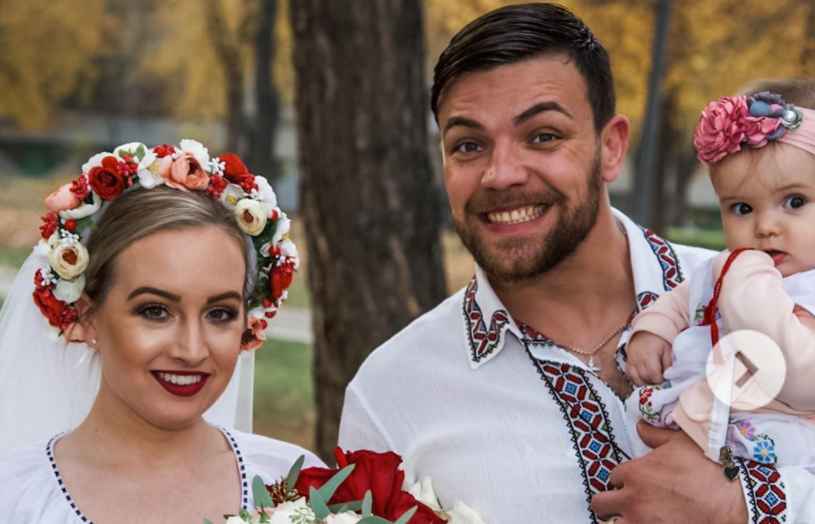 Andrei and Elizabeth Castravet had a rough time during the latest season of 90 Day Fiancé: Happily Ever After? Despite this, they have recently celebrated a milestone. They have reached their third anniversary and are both happy to be together.

90 Day Fiance: Happily Ever After? stars Andrei and Elizabeth

On Season 5 of 90 Day Fiance: Happily Ever After? Andrei and Elizabeth Castravet dealt with some intense family drama. This happened while the couple was in Moldova for their second wedding. However, despite all the drama, Andrei and Elizabeth are happy together and have just celebrated their third anniversary.

Both parties headed to Instagram to announce their third anniversary and from the images, it is obvious how happy they are.

Elizabeth, 30, wrote in her caption, “Happy third anniversary to my husband!! These past three years have been the best years of my life.” She went on to write that her husband is everything she has dreamed of and more. Elizabeth continued, saying their daughter Eleanor makes their entire family. She wrote it takes all of their stress and worries away. She closed with, “I love our little family and cannot wait to see what the future holds.” In the romantic image, included below, Elizabeth and Andrei are kissing and posing while on a date night.

Andrei shares his own image

Later, Andrei, 34, shared his own fun image, obviously taken around the same time. The reality star wrote in his caption, “My old buddy, old friend, old pal and lover Elizabeth. I love you, happy three years to us! Dancing With the Stars?? No problem lol.”

Andrei and Elizabeth first met online while she was planning a European vacation. As noted by In Touch, they first met in person in 2016 and managed to keep their romance going on a long-distance basis. However, they made plans for Andrei to relocate from Ireland to America. The couple was married in 2017 and now live in Florida with their daughter, Eleanor, who was born in 2019.

The couple decided on a second wedding ceremony in his home country of Moldova. However, fans will clearly remember the drama that surrounded the celebration. Their wedding was like something out of a movie and Elizabeth’s brother was upset his dad had paid for it. Charlie and Andrei nearly came to blows on a couple of occasions as Elizabeth’s brother kept asking about his past. Andrei and Elizabeth’s sister, Jennifer “Jenn” Davis and her father, Chuck also had caused some tense moments.

There was drama in the 90 Day Fiance: Happily Ever After? Tell-All, where Elizabeth had to defend her husband. Andrei was criticized for being a stay-at-home dad for Eleanor. She said there was nothing at all wrong with it. “He is an amazing daddy.”

Despite all the drama, it certainly looks like Andrei and Elizabeth’s marriage is strong, as they celebrate their third anniversary.