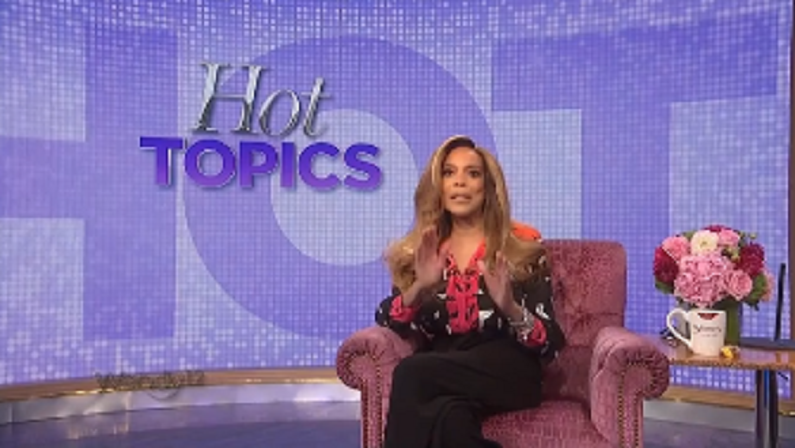 On Wednesday night’s episode of The Masked Singer, Wendy Williams was the Lips. She was sent home packing after her rendition of Odyssey’s song “Native New Yorker.” The Lips was unique. Wendy sat down for the entire performance.

Also, unlike the other contestants, she didn’t try to sing or use autotune. Many of the viewers at home could recognize her signature voice. The television host spoke out about her decision to compete on The Masked Singer. She also shared her thoughts on the experience.

Why she joined The Masked Singer

Wendy Williams wore the Lips costume for her tribute performance to the Big Apple. Her first performance was also her performance on the show. Despite what fans think, Wendy admitted that she loved performing. In an interview with People magazine (via Republic World), she was relieved to only perform once this season. She’s not used to singing and dancing.

The talk show host chose the Lips costume because “her job is talking.” She also admitted that everyone was kind to her. When asked why she wanted to compete on The Masked Singer, Wendy revealed that the show’s producers approached her about joining the show. She didn’t want quarantine to stop her from being part of the show. When something is as big as The Masked Singer, she knew she had to be part of it.

The former radio host watched the show from the beginning. She already knows Jenny McCarthy, Nick Cannon, Nicole Scherzinger, and Robin Thicke. But she wasn’t acquainted with Ken Jeon before joining the show. At the time, Wendy’s talk show wasn’t in production due to the COVID-19 outbreak. The timing was ideal for her to fly to Los Angeles and compete.

Why she chose that song

Wendy Williams talked about her wild performance. She explained why she chose Odyssey’s disco anthem from the 1970s.

“I chose that song because I liked that song,” Wendy said on a Thursday, October 29 broadcast of The Wendy Williams Show. “It’s one of the songs I know all of the words to.”

But there is another song she would’ve sung if given a chance.

“That is my jam though. If I stayed a second song, I was going to do Eddie Murphy’s ‘Party All the Time,'” Wendy continued. “I was ready.”

But she left the show happy. The former shock jock had to choose between the Lips or the Tree, and she chose the Lips for her gift of gab. But she also thought the costume was beautiful and fit her personality.

“By the way, there were over a thousand Swarovski crystals,” Wendy said. “And the wardrobe department was really something else. I really appreciate them.”

She joked that she wanted to wear it for Halloween. But she had to give it back. The 56-year-old also said that she was “frightened” during the unveiling. While she’s happy about her opportunity on The Masked Singer, she’s back to be in her studio in New York City. She feels more comfortable speaking rather than performing.

The controversial television personality has become the center of headlines. Fans expressed their concern for Wendy Williams after her episode on Friday, October 23. They don’t think she’s fit to be on television. Meanwhile, inside sources keep coming out and talk about her substance addiction problem.

Wendy revealed how she handles negative criticism. She admits that some of the comments and messages she gets on social media. While she says it hurts for about 12 hours, she bounces right back. Wendy tries not to let social media get to her. She would rather focus on the positive rather than the negative.

Did you guess Wendy as the Lips? Sound off below in the comments section.