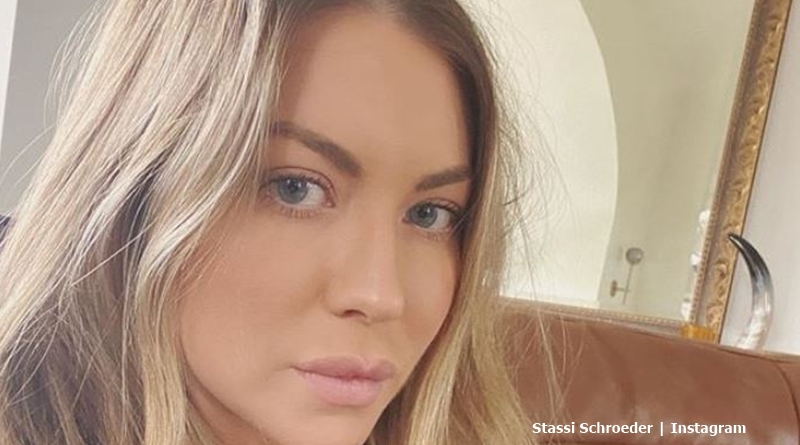 VPR star Stassi Schroeder shared a Halloween-themed photo on her Instagram on October 29.  It revealed Brittany, Stassi, Kristen, and Katie wearing witch-inspired outfits. Plenty of fans commented on the picture. And one of those, Danielle Busby from TLC’s OutDaughtered, also commented.

We reported that Stassi struggles a bit with sleeping during her pregnancy. So, maybe that might be why she shared a photo on her Instagram late on Thursday night. She captioned her photo with, “from the archives of a Pinterest board. #basicwitches.” Katie Maloney. Stassi, Kristen Doute, Brittany, and Lala Kent made a pregnancy pact ages ago. While Katie never fell pregnant yet, Randall thinks it won’t be long before she also makes her announcement. In the meantime, the three other Vanderpump Rules women all expect their first child.

Well, all that VPR baby fever gets to Danielle Busby. She popped up on Stassi Schroder’s post and commented, “Omg! Love this! I want to come hangout with you pregos hahaha.” Well, Danielle only fell pregnant twice but produced six daughters, so she knows how it feels carrying babies. One OutDaughtered fan said to Danielle, “@dbusby you go hanging out with them and I’ll come hangout with Uncle Dale and Hazel!!! Lol.”

Apparently, it’s not a very old photo, as Brittany Cartwright clearly looks pregnant in it. Meanwhile, one fan seemed confused because Kristen featured in the photo. However, die-hard fans know they experienced issues but became friendly again already. And, one fan noted, “they made up. when they both got fired they came together again.” Meanwhile, another fan complained because Scheana’s missing from the picture.

But these days, she lives in San Diego, not LA, and spends more time hanging out with James and Raquel. Plus, she and Stassi really don’t seem to get along, anyway. Other VPR fans chatted about “the witches of weho wine!” Recall Stassi promoted the wine. But, after her Bravo firing, the stores stopped stocking the wine. And, one fan commented,  “once she has that baby mama’s gonna want some wine.” 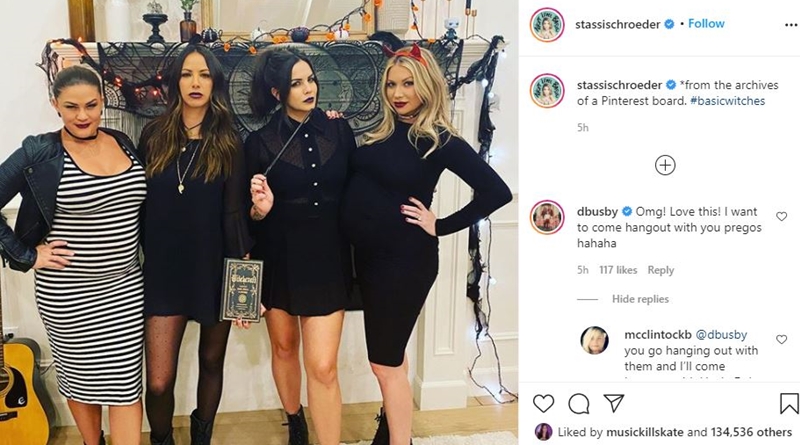 One fan who hates on Stassi and Kristen because of Faith Stowers and the resulting firing from Bravo trolled on Stassi. They said, ” I just don’t think either Stassi or Kristen have shown anything that resembles humility or acceptance. I loved them both in VPR and am let down by their behaviour, (sic).”  Obviously, Stassi’s fans wondered why anyone would follow someone they don’t like. But strangely, many people do that.

What do you think of the photo that Stassi shared? Are you surprised that Danielle Bubsy commented? After all those kids, who thought she’d hold out for more baby fever. Sound off in the comments below.