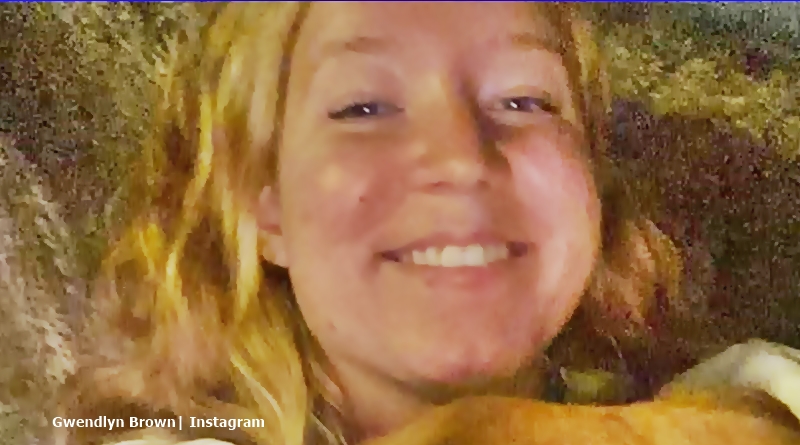 Sister Wives fans heard from Gwendlyn Brown via her Twitter profile that she’s a “raging bisexual.” Well, she changed that recently, and now it says, “I’m your basic, average girl and I’m here to save the world. BLACK LIVES MATTER • she/her.” In fact, her profile changed so much we hesitated on reporting anything she said there in case it was a fake account. But now, the account claims she joined the Satanic Temple.

We reported in early August, that Gwendlyn’s Twitter account was @brown_gwendlyn. But that leads to a non-existent account now. And, now there’s one with the handle, @gwendlynbrown which started up in June 2020. Unfortunately, it’s not a verified account. It seems that Audrey Kriss and Mirah Brown might follow her there. But their accounts also don’t show a verified mark. However, many outlets take it as a given that Gwendlyn owns the new account.

Sister Wives fans who follow it think it’s Gwendlyn from TLC anyway. The Hollywood Gossip picked up a recent post there that claimed she joined The Satanic Temple. However, the outlet explained, “The Satanic Temple…does NOT worship Satan, despite its misleading name.” And, they cited various things about them that reveal they seem more like an activist movement.

Two posts about the Temple

The tweets that THG refers to came on October 28. In one post, she shared a screenshot of some of their objectives. She wrote, “Might just mess around and join The Satanic Temple — just incase ya girl needs an abortion bc we all know that right’s gonna get taken away soon.” Then, she replied to herself, saying, “I did it.”

One Sister Wives follower wrote, “satan is evil and dangerous, nothing to play around with. run the other direction, i will pray for you.” But Gwendlyn blocked them. Maybe, as they never researched the Temple before commenting. Later, Gwendlyn wrote, “Notice how the only ones warning me against this are trumpets? Bc it’s common knowledge that google is free and you can find out that the creator of satanism only did it to spite evil christians but trumpets don’t look things up obviously.”

Well, whether she worships Satan or not clearly looks like her own business. And, she obviously dislikes people who misinterpret The Satanic Temple and might actually give darn about her. Anyway, the Sister Wives daughter’s still very young. And, no doubt as she matures, she grows a bit more tolerant of her critics and engages in meaningful discussion with them instead of insults.

Had you ever heard of The Satanic Temple before? Did you assume it’s a church that worships the Devil? Sound off in the comments below.