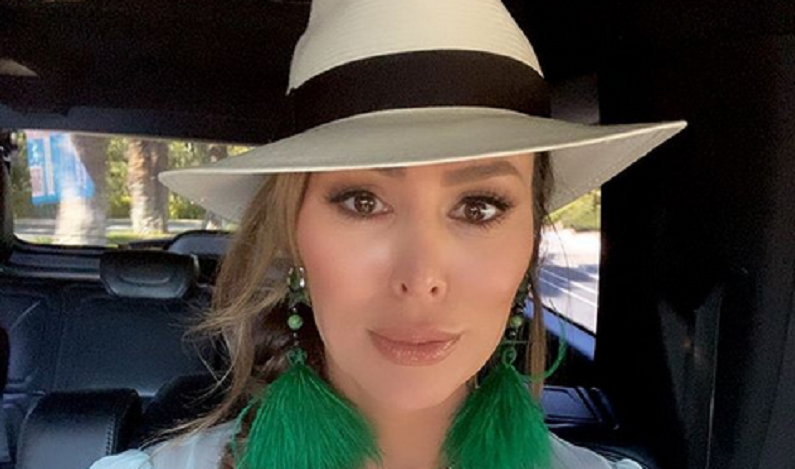 Kelly Dodd shares Gina Kirschenheiter’s previous sentiments. She also thinks that Braunwyn Windham-Burke’s husband, Sean Burke, is “creepy.” Gina got the heebie-jeebies when he texted her after a night out. The drama took place on the latest episode of The Real Housewives of Orange County.

However, that drama didn’t stop there. Gina and Kelly are still talking about Braunwyn’s husband. Both ladies don’t have a good feeling about him, even if he has good intentions. Kelly filmed her on social media watching the latest episode. And she seemed to be on #TeamGina.

Find out what the controversial Housewife has to say.

Earlier this week, the RHOC star shared her thoughts on the latest episode. Each of the Housewives came after Braunwyn after she claimed that Shannon Beador called Gina Kirschenheiter’s home “sad” and “depressing.” Then Gina confronted Shannon about the drama, which she denied. In another scene, Gina called Braunwyn a “sloppy Chiuhuahua” without knowing about her alcoholism.

On Instagram, Kelly Dodd made light of the situation. She shared a clip of Gina confronting Shannon. She revealed to her fans that this was “one of my favorite episodes!”

“I can’t wait for you to watch tonight .. it’s soooooo good!!!” she teased her fans ahead of the episode. Then, she asked her followers their thoughts. Some of them shared their thoughts on Brauwnyn’s marriage. One follower asked Kelly if she agrees with Gina about Sean being “creepy.”

“I don’t believe Braunwyn. Her husband is kind of creepy too,” the fan wrote before adding, “Two nannies. They put the ‘D’ in disfunction.”

Kelly responded, “pretty much.” She also told fans to keep watching RHOC this season amid the plummeting ratings. It’s the first season without RHOC OG Vicki Gunvalson and her friend Tamra Judge. Some fans have boycotted the show because of Kelly’s controversial opinions on social media.

In the episode, Gina claimed she was “creeped out” by Sean after he sent her a text message after a night out of drinking.

According to the screenshot shared on the Bravo reality series, Sean wrote: “Hi Gina, just checking in all is OK. Braunwyn is asleep, but I got her to the condo first. [winking face]. Anyway, have a good night, and it was great to spend time with you. Oh, this is Sean probably should have started with that.”

While some fans took it as an innocent text, Gina felt uncomfortable.

“That text message came a year and a half ago, right. I felt uncomfortable by it,” she told Us Weekly on Monday, October 26. “I thought it was a little weird. I’m coming from a divorce [with] an affair. I have more boundaries with things like that and just sex and everything in general. … And so for me, it was more about honesty.”

Braunwyn previously told Us Weekly that she was “saddened” to see Gina’s response to Sean’s text message. She explained that they all had too much to drink during that night. Sean wanted to make sure that Gina got home safely since she couldn’t book her own Uber ride. Braunwyn was “very upset” that Gina mistook his kind gesture.

What are your thoughts? Do you agree with Gina and Kelly that Sean is creepy? Sound off below in the comments section.