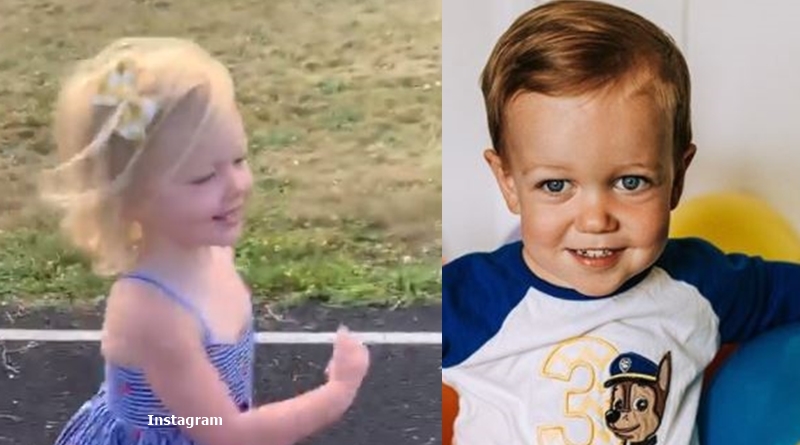 Amy Roloff spent some time with her grandchildren Ember and Jackson Roloff recently. Fans love that she still sees them even though she moved off the farm and into town. In her latest photo, Ember stood close to Jackson. And, it really gives some perspective into the short stature of Tori’s little boy.

Matt Roloff often shares photos of his grandkids. But, maybe Amy spends less time with them than previously. So, her pictures come along less frequently. In September, Matt shared photos of Ember and Jackson. And one of himself with cute little Lilah. We reported that “young Jackson started life out as a cute baby, became a sturdy toddler, and now he’s an adorable young boy.”

However, in the photo that Amy Roloff shared, the two kids stand side by side. So, it’s easy to see the difference in their heights. Ember, being an average-sized person, towers over her cousin. Amy captioned her photo with, “I was a happy grandma (Mimi) to have these two amazing grandkids hanging out with me for a little grandma time.” Then, she  said she enjoyed it so much as they “are a hoot.”

The grandkids pose at Amy’s house, Jackson looks so small

The Little People, Big World matriarch said that they gave her a bit of a “workout.” Finally, she ended by saying, “I love…grandma time with these two. Makes my heart joyful ♥️. ” TLC fans noticed that Jackson held Ember’s hand very sweetly, and a lot of people commented about that. One said, “Oh my…the way Jackson is holding her hand pressed against his cheek 😍” And another one noted, “How he’s holding her hand 😍❤️❤️❤️.”

But, as noted by a follower of Amy Roloff, “it shows how much smaller he is than Ember…Not always easy to judge next to adults.” Well, if you think about their ages, Jackson arrived on May 12, 2017. Meanwhile, Ember arrived for Audrey and Jeremy on September 10, 2017. So, Tori’s child is about four months older than his cousin. But, his head only reaches her shoulder. And, his waist reaches up to about her thigh. 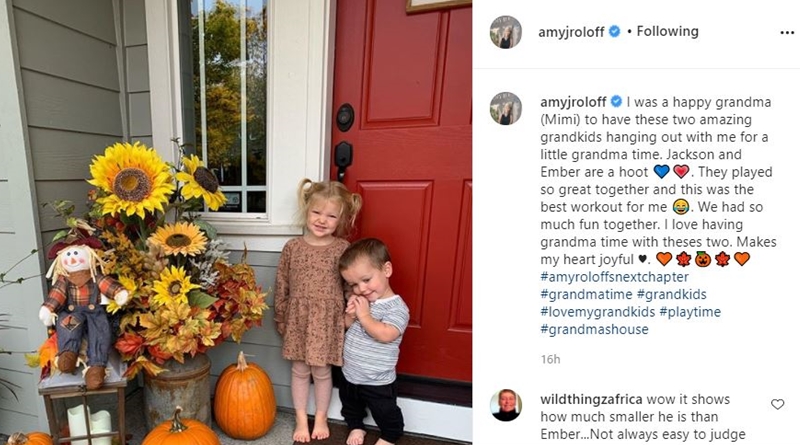 Ember and Jackson might not see each other much these days

Several fans talked about Jackson and Ember spending time together. One wrote, “love seeing them two together. Feels like it’s been awhile since they have. 💙” And, that might come from rumors that Jeremy and Audrey became estranged from Tori and Zach. The Sun wrote a couple of articles that suggested a split between the two brothers.

If there really is some sort of estrangement between the kids, then at least Ember and Jackson spend time together with Amy Roloff at her new home.