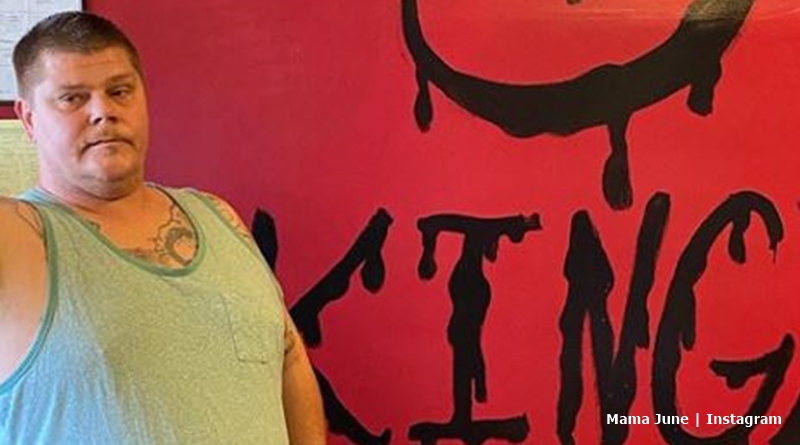 Mama June fans know that Geno and June Shannon finally agreed on rehab for their very costly addictions. Both of them live in  Florida for now, but they hit the road to Knoxville, Tennessee recently. And, June gave a shoutout about supporting small local businesses as they travel. Two photos revealed Geno Doak. And one that revealed his new tattoos seemed inexplicable.

Mama June: From Not to Hot shared pictures of Geno Doak

Since the last season of the show detailed their addictions, Geno stayed very quiet on Instagram. In fact, he seems way quieter than he used to be, and not so abrasive. We reported that the occasional photo of him surfaces. And, back in July, June shared some photos of them at the beach. Some commented that it looked like Geno put on a bit of weight. And come critics feared he might swap a drug addiction for a food addiction.

Well, in the newest pictures that Mama June shared on October 28, Geno looked much bigger. Taken aback, one critic noted, “replaced one incredibly unhealthy choice with another, slightly less unhealthy choice. That’s it.” And another fan noted, “D*mn Geno packed on the pounds!!” However, one person spoke up saying that he puts on weight because of “sobriety” and he looks “much healthier.” But as fans swiped through the photos, their attention turned to his inexplicable tattoo.

Inexplicable tattoo – what was Geno thinking?

WEtv fans took a close look at Geno Doak’s tattoo that he got done. And, they seem amazed as two why anyone would choose that particular picture. It revealed a dog. But, not just a dog. The dog squatted down as they do, and deposited a poop. As you can imagine, fans said plenty about that. One of them wrote, “Why in TF would he get a dog taking a poop omg.”

Then, another Mama June: From Not to Hot fan asked, “Why would you want a dog that is sh-tting on your arm🤣.” One follower even suggested maybe he made a bad decision “cus he’s high af 😂.” But, one follower noted, “I don’t understand the dog taking a sh-t tattoo.. is there a story to it? Thank God he got it where it’s easy to cover up with a shirt. It would look terribly tacky going someplace professional or whatever.” 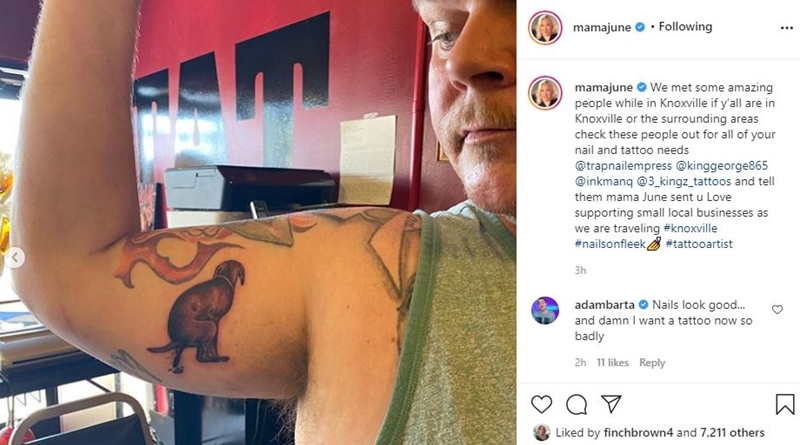 Lots of WEtv fans complained that Geno’s just “trash” and took June down with him. One person told June that she “shouldn’t be with Geno.” And, another one commented, “A dog pooping… yup. Still keeping it classy I see.” Geno Doak picked up a lot of haters as many people believe he took June into the world of drugs and casinos. And, they blame him for blowing June’s money.

However, others think Mama June should take responsibility for her own decisions, as well. Do you agree? Sound off in the comments below.