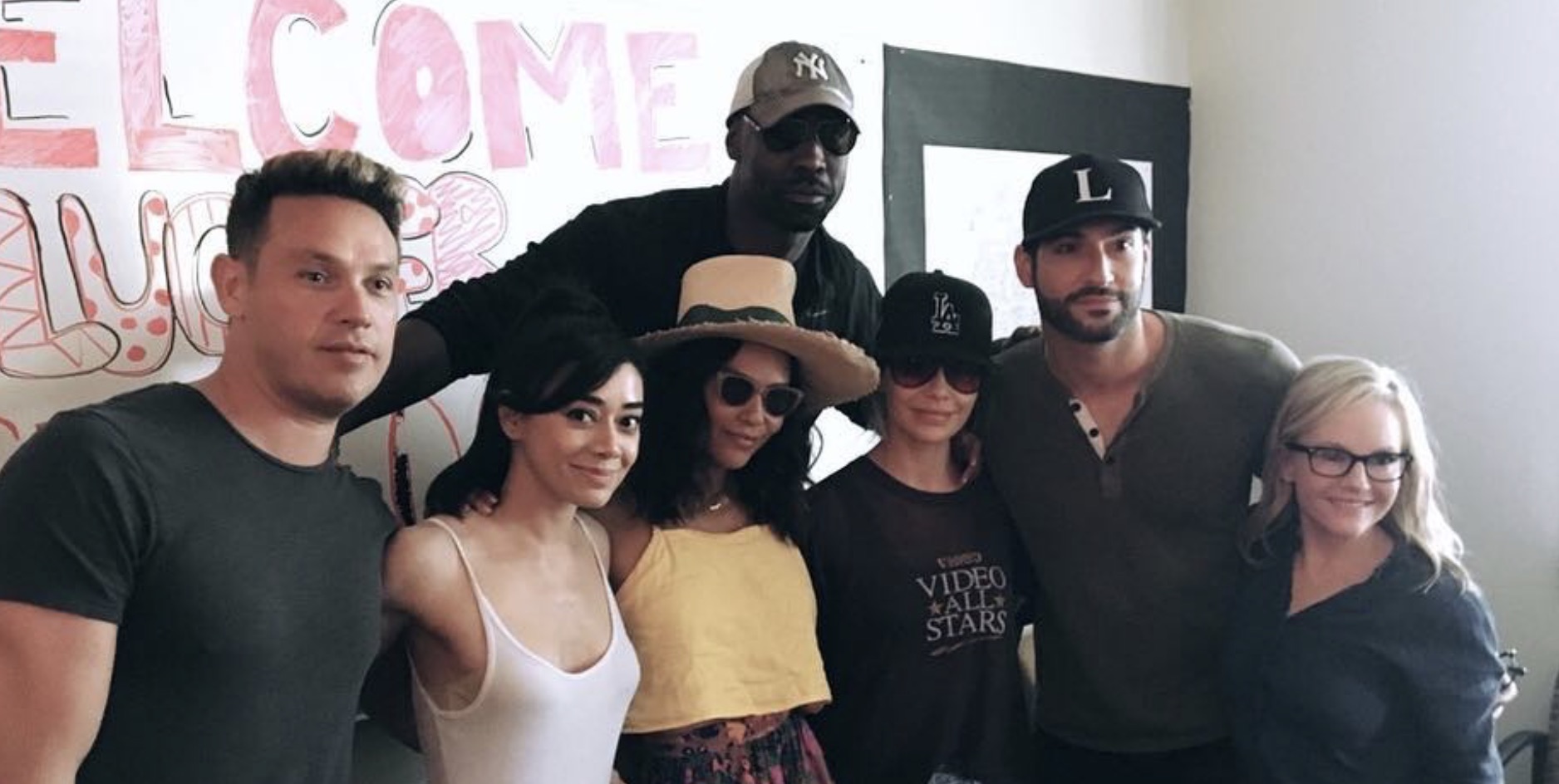 Lucifer’s Season 6 final, really final, episode has been written. Have they begun filming the final season? What about the second part of Season 5?

What is the latest news on the Netflix show?

The end is coming near! On Wednesday, Lucifer writer Chris Rafferty went to Twitter to make the announcement. While sharing a photo of the writer’s room Zoom meeting, the exuberant Season 5 co-producer wrote, “Big day today. The FINAL DAY of the #Lucifer Writers Room. After us S6 writers finished plotting the series finale we’ve always wanted, we celebrated… with writers from seasons past! Although we’ve brought our epic story to its conclusion, this family will last forever.”

This is not the first time that Rafferty made the same announcement. He did this for Season 5. They had just finished writing all 16 episodes of Season 5. They shared their goodbyes, right before Covid-19. Then, the rumors started.

This was around Valentine’s Day. The word had it that Netflix had second thoughts about ending the series at five seasons. They did have the stars contracted for six seasons. could they manage to keep it happening and make it work?

Later, in June, Netflix announced that there would be a “Final, final season.” That is because they canceled Season 5 when they announced the former Fox show would be renewed.

So, these very writers have had a lot to do. This includes changing the original ending and then writing an entirely different one. In addition, they likely had to consider Covid-19 restrictions in their production.
Now, it seems that this rollercoaster ride has really bonded all six seasons of writers. It has certainly given fans some highs and lows. Right now, they are waiting for Season 5, Part 2 to drop. Netflix dropped the first eight episodes back in August. What is going on with the original final episodes?

When Is Lucifer Season 5 Part 2 Dropping?

When will Netflix drop Lucifer Season 5, Part 2? They recently finished filming that final episode of Season 5. They had shot about half of this pivotal episode prior to the coronavirus quarantine.

So, when they recently returned back to production, they finished that last episode. Then, they started on the final eight episode of Season 6. So the final episode is holding back any possible release date. How soon can they be ready?

According to co-showrunner Joe Henderson’s Twitter, he had looked at “the latest cut” of that final episode. He shared how happy he was over the writing, but also because it was so “**** amazing.”

Have They Finished Filming Season 6?

Currently, Lucifer Season 6 is filming in Los Angeles. This final season will be eight episodes. But, everything is a bonus, considering that they were going to end the story at Season 3, when Fox canceled it.

There are no expectations for any new Lucifer episodes to drop until 2021. Hopefully, Lucifans will get to enjoy the final Season 5, and then the final, final eight.