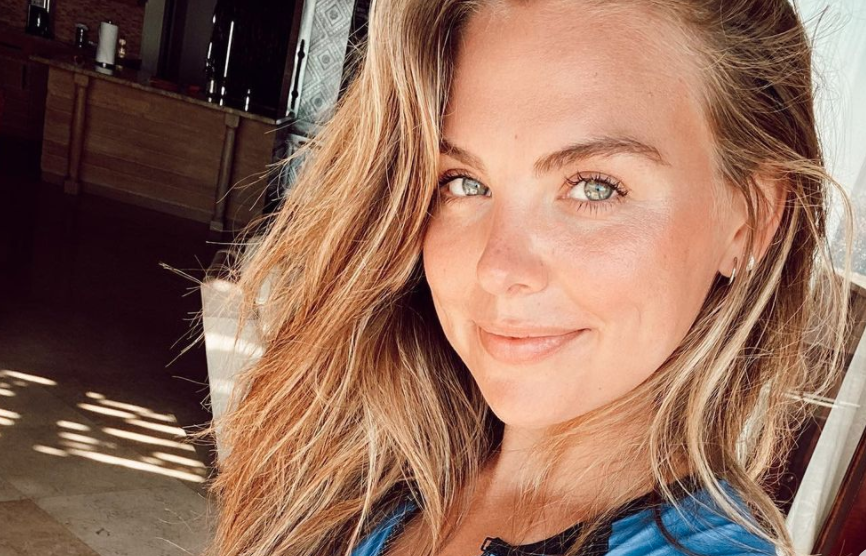 Hannah Brown was on TVs everywhere last year when she was on The Bachelor, The Bachelorette, and DWTS. Now she is talking about how those shows affected her.

According to US Weekly, Hannah is struggling to look at her time on reality TV. Not only was she on two Bachelor Nation shows, but she was on DWTS. She even won that one so was on TV for the entire season.

Hannah talked with Kaitlyn Bristow on an episode of Off The Vine. Apparently, Hannah says that she wasn’t even herself for that time period.

“When I think of Hannah then and I was also looking at my journals today, I’m like, ‘Oh, sweet baby,’” Hannah reveals. “[I was] just was so doe-eyed and so innocent.”

She says that she is proud of herself for being on the shows, however so much since then has happened. It has made her realize that that isn’t really who she is.

She gets even deeper

Hannah got even deeper on the topic and really dissected what all happened. It seems she feels that she wasn’t able to be herself and she is still healing from the entire process. Now, Hannah even struggles with being apart of Clare Crawley’s season. She says that while she wants to be part of it – she needs to step back.

“I’m proud of my season and how I grew from that, but to know that there has been a lot that’s happened since then and to watch somebody else and realize that was me. People were sitting like I was, watching me, like, do my life, not play a character,” Hannah starts.

She continues: “And I think about the impact of all that. [What] people saw on TV wasn’t just a two-hour week thing that then got talked about Twitter. No, I’m still healing and learning from that first two hours I was ever on TV and just realizing the impact … like a whole season later was difficult. I want to watch [Clare Crawley] and be a part of it, but I definitely think that there’s a part of me that has to step back a little.”

It sounds like that show affects Hannah quite a bit. And, she isn’t just talking about The Bachelor Universe in this. She says she is also still recovering from her time on DWTS.

She reveals that not only did that show emotionally drain her, but physically. Not only that, but she wasn’t healed from The Bachelorette yet.

“It was just back-to-back-to-back. I’m so thankful for winning and it was the best experience. … [But] it’s not only hard emotionally, but physically, I’m still [recovering]. You have a physical therapist and doctors on staff, but it’s a ‘we’re going to ease the pain so you can get through.’ … And that’s how I lived my life, like, ‘I’m getting through, but we haven’t fixed the problems yet,'” Hannah Brown says.

Although it sounds like she has been struggling, Hannah is still as strong as ever. It seems she is able to take any bad thing that happens to her, and turn it around to be a good part of her life.

“Me being me is making some big mistakes, but those victories that I do have are going to be so much more impactful and satisfying for me,” she says.

Come back to TV Shows Ace for more news on all your favorite Bachelor Nation stars.

Scott Disick Makes Girlfriend Cry On Her Birthday, Here’s Why
WAIT! Is Jacob Roloff’s Wife Pregnant With Couple’s First Baby?
Fans Freak Out Over Kendra Caldwell’s Mom Christina’s Photoshoot
Todd Chrisley Talks About People Who Stab Him In The Back
‘1000-Lb. Sisters’ Rumor: Wait, What is Amy Halterman Retiring From?!