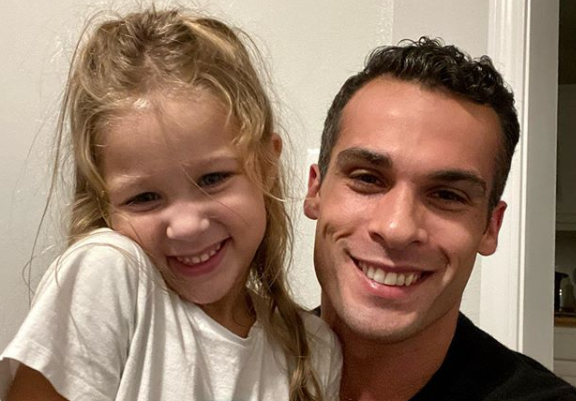 So far, this season of The Bachelorette has been different. Yosef Aborady had enough in the last episode and ended up going home. Some would argue Clare Crawley isn’t going to give anyone a chance as she moons over Dale Moss every minute.

When the men had to strip as they played dodgeball in front of Clare, Yosef wasn’t present . It upset him anyway. He proceeded to tell Clare how much it offended him. He told Clare the classless game was not a good example for his young daughter. The drama took its toll on the lead who had to be comforted by none other than Dale.

Why Do Fans Think Yosef Aborady Is A Hypocrite?

Twitter was quick to point out Yosef Aborady is being a hypocrite. Yosef said it was classless to strip down to your underwear. The below tweet from Reality Steve showed he stripped down for Barkley Company.

One Twitter user pointed out Yosef worried about setting an example for his daughter. But rumor has it he accidentally sent a snap pleasuring himself to one girl while looking at another. The user said if he keeps that up, his daughter will date trash men just like him. Another said, “is pissed about naked dodgeball and setting a bad example for his daughter but then belittles and aggressively disrespects a woman on national tv?” A lot of fans agreed he was showing off a prime example of toxic masculinity.

Yosef: “It’s classless to strip down to your underwear.”

Steve Thinks He’ll Probably Still Have Fans After This

Some fans did side with Yosef after the argument. One said good for you, “for speaking your mind! Editing made it seem it escalated quickly, but your points were valid before it was. Clare needed to be taken down a bit off her high horse. No one talking {sic} about how she disrespected you. One Twitter user said if a woman stood up against stripping for a date, the result would be different. “This guy stood up and said it was disrespectful, classless and disgusting.” No fans would stand for it if The Bachelor made his contestants do the same thing.

Reality Steve couldn’t stop talking about Yosef Aborady as he gave one final thought. He said, “You KNOW there are women sliding into his DMs after that STILL telling him they loved the way he stood up to Clare. And he will respond back. And they will probably start sexting at some point, he’ll plan a meet up, then ghost her.”

At the end of the preview for the next episode after a lot more drama with the men, Tayshia Adams emerges from the pool. The Bachelorette airs on Tuesdays and next time fans may have a whole new lead to root for.