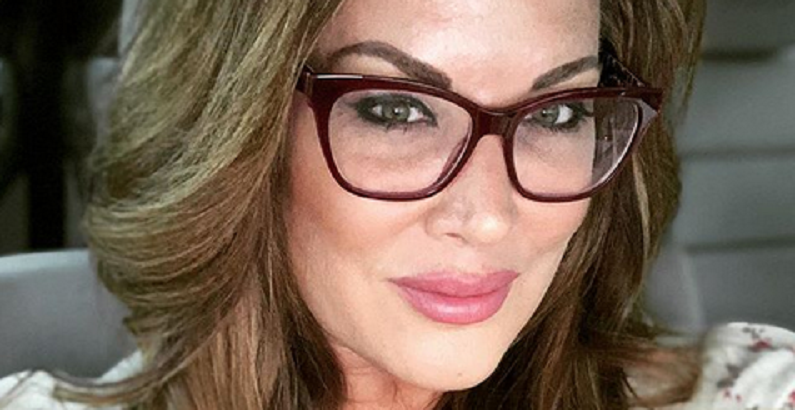 Emily Simpson is clapping back at Brauwnyn Windham-Burke’s accusations. She’s revealing the real reason why she unfollowed her RHOC co-star on social media. The two Bravo stars have butted heads, especially during Season 15. Braunwyn said that her fellow housewives unfollowed her because of her political posts.

Emily Simpson sat down for an exclusive interview on All About the Real Housewives. She fired back at Braunwyn’s claims that she unfollowed her for political reasons. In the same breath, the attorney called the free spirited woman a “hypocrite.”

“I did not unfollow Braunwyn because of her political beliefs,” Emily told the publication. “I unfollowed Braunwyn because she’s a hypocrite. Braunwyn has an uncanny knack for reeling people in and making them feel sorry for her then firmly requiring that people not judge her choices in life.”

However, Emily did slam Braunwyn’s social media posts. She criticized Braunwyn for calling her and Sean’s relationship a “modern marriage.” Emily also doesn’t like the other terms that Braunwyn uses when it comes to life or politics.

“She uses the terms ‘modern’ and ‘progressive’ to justify her own questionable life choices, while at the same exact time pointing fingers at others labeling them and harshly judging them,” she added.

On the Season 15 premiere of RHOC, Braunwyn revealed that she’s a recovering alcoholic. Emily was the first to find out from her former friend. Emily also revealed that she didn’t like how Braunwyn judged Gina Kirschenheiter for much of the season.

“Braunwyn’s judgment is directed at women and their personal life choices all while standing firmly on her soapbox and preaching about how she ’empowers women,'” Emily continued. “The blatant hypocrisy is why I chose to unfollow her.”

Fans noticed the back and forth between the RHOC stars on social media. Emily and Braunwyn’s feud came after the show finished filming. However, the women will have the opportunity to face each other and hash things out at the reunion.

Why did Braunwyn think Emily Simpson unfollowed her?

The Bravo star claimed that she didn’t have any bad blood with her co-stars. However, she found herself in the center of drama when two of them unfollowed her on social media. Braunwyn revealed that both Emily Simpson and Kelly Dodd unfollowed her.

“When I left the finale, I left speaking to everyone. I had no clue,” Braunwyn revealed on the Getting Real with The Real Housewives podcast. “I had been very kind. I’d filmed with some of my cast very nice moments.”

While Braunwyn didn’t understand why both of them unfollowed her, she had an inkling. She had a feeling it had something to do with the upcoming election. The television personality has been outspoken on social media about her support for Joe Biden. Meanwhile, Emily and Kelly are Republicans.

“I don’t know why [they unfollowed me], but that’s weird,” Braunwyn continued. “I have a guess. Emily and Kelly [Dodd] are both very conservative. They’re both Trump supporters [and] I am very vocal on my Instagram about what my beliefs are and I understand that a lot of people don’t like that.”

For now, fans will have to see the drama unfold on the show. The Real Housewives of Orange County airs Wednesday nights at 9 p.m. ET on Bravo.