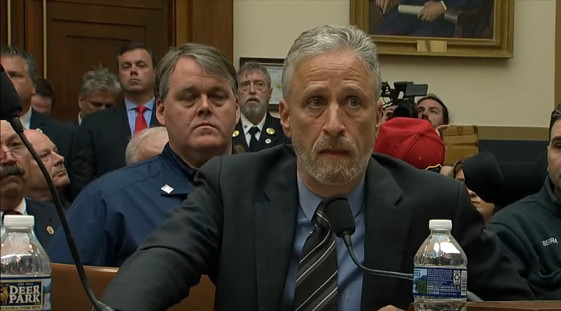 Five years ago, Jon Stewart handed over the reins of The Daily Show to Trevor Noah. The comedian hosted the show from 1999 to 2015. The good news is, Stewart is set to return with a new current affairs series on Apple TV+. For those who have missed his satirical wit, no doubt this will thrill his many fans.

As noted by the Hollywood Reporter, Jon Stewart will host and star in his own current affairs series on Apple TV+. The new show is set to run for multiple seasons. It will feature Stewart exploring various news topics with his popular and signature satirical touch.

The show will relate to the national conversation, as well as Stewart’s own advocacy work. Jon will also executive produce the so-far unnamed show, through his company, Busboy Productions. The series will feature hour-long, single-subject episodes.

The Daily Show past and present

Between 1999 and 2015, Stewart was at the helm of The Daily Show, where his persona was practically synonymous with the Comedy Central series. For his work, he won 20 Emmy Awards, of which 10 were consecutive outstanding variety series wins. However, he finally handed over the reins of the series to South African comedian, Trevor Noah.

At first, many fans found it difficult to adjust to Noah in the role. Americans at first found him too unlike Stewart. Meanwhile, South Africans couldn’t truly understand his participation. However, things have changed since then. Stewart appeared on The Howard Stern Show in June this year, where he discussed the evolution of the show since Noah took over. He says it is “better” now.

Why is The Daily Show better?

Jon reflected on the early years of the show. He said, “It was – like pretty much everything in late-night comedy – that sort of Harvard Lampoon school of pasty white guys sitting in a room.” Stewart admitted, “Evolving the show past that took a really long time.” He said, “It was a lot of work and often times it came with defensiveness.”

Jon went on to acknowledge that for a long time, their initiatives were merely “diversity for diversity’s sake.” Initially, it was a case of, “We don’t have enough women writers, let’s hire a woman. We don’t have enough black writers, let’s hire a black person.” However, they realized they weren’t changing the system. They were just granting “access to a club everybody should have had access to in the first place.”

Stewart went on to say that also, it placed those women and people of color in a very awkward position. He said they felt the responsibility to represent and this created tensions and pressures for them. He said it took 16 years to change it at a “glacial pace.”

Stewart said that kind of mindset was not a part of him, because he didn’t grow up in it. However, he said, “For Trevor, it’s a part of him. It flows from him naturally.” Jon said you don’t do it because it is necessarily the right thing to do. This is what makes The Daily Show better.

It can be guaranteed that Jon Stewart’s many fans will look forward to seeing his new current affairs show on Apple TV+.