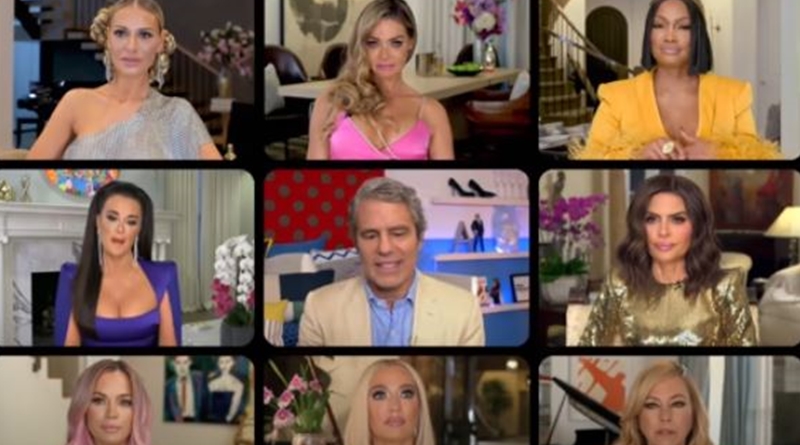 Real Housewives of Salt Lake City comes to select drive-in theaters. Well only those in “Los Angeles, California, and Salt Lake City, Utah,” we reported. People look forward to the new show, as it might bring something different to the franchise. And, it seems that of all the Big 5 in the franchise, people could use something new. A poll on Twitter reveals early votes suggest RHOBH is viewed as the most boring.

When it comes to the franchise, the biggest or best involve Real Housewives of Beverly Hills, Orange County, New York City, and New Jersey. Potomac and Atlanta don’t rank up with the Big 5 originals. And, RHOSLC’s yet to establish itself. So, Twitter user Justin, who often creates polls, asked fans of the Bravo franchise which one they think is the most boring.

Interestingly, early voting reveals RHOBH takes the lead for “boring.” With six days still to run, that could change. But right now, Beverly Hills sits with 43.5 percent, Orange County with 39.1, and New York City with 10.9. Then, the least boring comes in as New Jersey with 6.5 percent from Real Housewives fans. Nearly 100 voters already chose their selection in a matter of hours.

Overall from the big 5 franchises which franchise has the most boring seasons in total?! #rhobh #rhoc #rhony #rhonj

Although RHOC performs rather badly in the boring stakes, some fans think that occasional seasons seem less boring than others. But, nobody spoke up for Beverly Hills in the comments. And, RHOC also beats out Beverly Hills in another poll for bringing the best and least boring seasons fan might rewatch out of season. One person called it for “Rhoa season 4 OR 6 GOLDEN YEARs.”

Others liked OC for season 8, 9 and 10. Interestingly, although NJ beat out both RHOBH and RHOC as the least boring, nobody yet posted anything about rewatching it without getting bored. Real Housewives of Beverly Hills picked up the opinions by viewers as “Boring and stale,” especially when related to Teddi Mellencamp, according to Meaww.

Why do fans think Beverly Hills is boring?

Apart from Teddi Mellencamp, what else bores viewers of Beverly Hills? Well, Redditors came up with ideas about the Bravo show being a “snoozefest.” Two years ago, they pinpointed Teddi as ultra-boring. And two years later, she finally saw the ax fall. But back then fans, generally agreed that Dorit brought the most memorable moments. However, they also tired of the never-ending ganging up on Lisa Vanderpump.

With Lisa gone, did that make The Real Housewives of Beverly Hills show less boring? Well, fans watched Kyle play at the competitive queen last season. And, with TMZ confirming Kathy Hilton comes on the show, Redditors foresee the “family affair” as “terrible. If this doesn’t knock my socks off the whole fam should go after this season.” As one person noted, Kathy might not air the family scandals and secrets, but she might just save the season if she does that “inadvertently.”

Maybe Kathy brings something more than boring. As one person noted, “my guess is Kathy was the Golden child and Kyle will instinctively start performing the family script. The need to people please and her anxiety will be through the roof. This will go amazing, or really really boring.”

What do you think? Do you agree that of the Big 5 in The Real Housewives, that RHOBH is the most boring? Sound off your thoughts in the comments below.