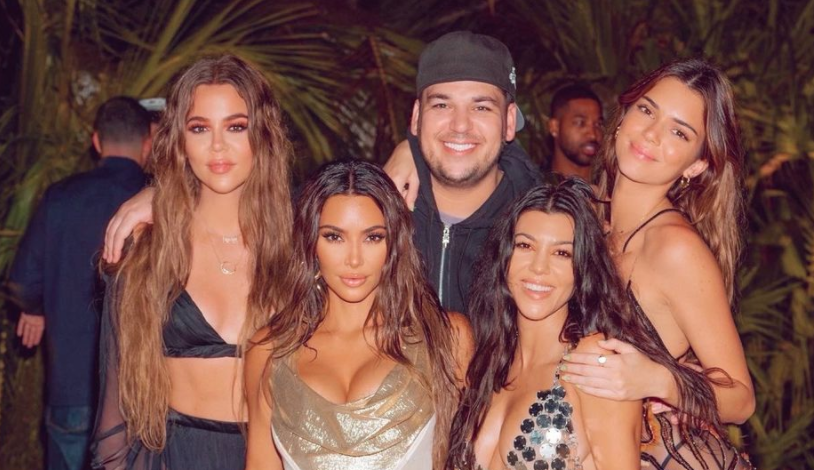 Kim Kardashian is no stranger when it comes to Instagram. Now, she’s being accused of Photoshopping one of her recent posts.

Kim posted a photo on her Instagram of her and her sisters, Khloe and Kourtney Kardashian. However, according to Page Six, fans were quick to note that one of Kim’s arms gets cut off in the photo. It appears that she photoshopped it and forgot to put her arm back.

“Where is your right arm?,” someone else adds.

Besides the Photoshop fail, the photo was pretty cute and the caption was even cuter.

“Girls just wanna have sun ☀️,” she wrote on the post.

Kim has actually been posting a lot, clearly all from the same trip. Apparently, it was a trip to a private island to celebrate Kim Kardashian’s 40th birthday. It looks like everyone except Kylie Jenner was present at the party.

“40 and feeling so humbled and blessed. There is not a single day that I take for granted, especially during these times when we are all reminded of the things that truly matter. For my birthday this year, I couldn’t think of a better way to spend it than with some of the people who have helped shaped me into the woman I am today,” Kim writes.

She continues: “Before COVID, I don’t think any of us truly appreciated what a simple luxury it was to be able to travel and be together with family and friends in a safe environment. After 2 weeks of multiple health screens and asking everyone to quarantine, I surprised my closest inner circle with a trip to a private island where we could pretend things were normal just for a brief moment in time. We danced, rode bikes, swam near whales, kayaked, watched a movie on the beach and so much more. I realize that for most people, this is something that is so far out of reach right now, so in moments like these, I am humbly reminded of how privileged my life is. #thisis40”

Apparently, Kim, and her sister, Kylie, will be doing some fun things for the cousins despite Halloween being canceled this year. Kylie gave some details to James Charles during a recent Youtube video.

“Since Halloween is ‘canceled,’ we can’t trick or treat or anything. We — me and [my sister] Kim [Kardashian] — decided to do something really special at her house,” she reveals on Youtube. “We’re gonna have all the cousins over and I think we’re gonna do, like, fake little houses in our backyard so they can, like, trick or treat,” Kylie reveals.

It sounds like she and Kim are going to save the day for all of the family members. Kylie revealed that Stormi is definitely excited about the holiday.

“[My daughter] Stormi loves Halloween. She’s been talking about it for the last two months, she was so excited. She wants to be a minion,” Kylie reveals.

Did you see Kim Kardashian’s Photoshop sale? Let us know what you think in the comments below. Come back to TV Shows Ace for more news on all of your favorite Kardashian family members.