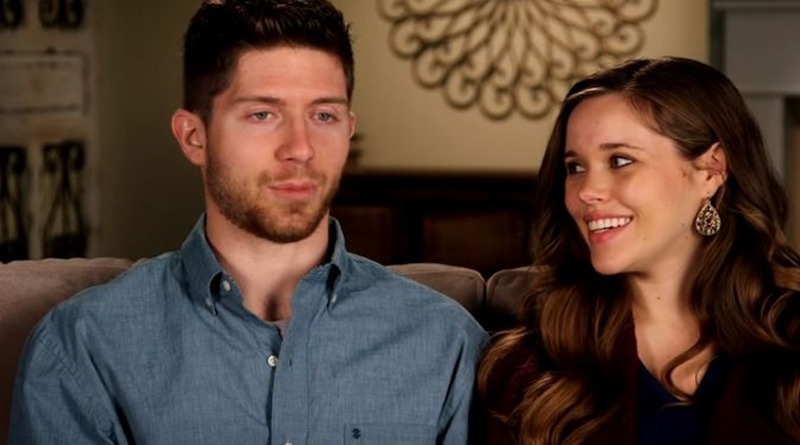 Jessa Seewald obviously looks forward to Christmas so much that already, she turns her mind to it. In fact, she put up the tree with decorations. And, her followers agree that 2020 sucks, so why not brighten up the home this early in the year. Jinger Duggar said that she also thought about it as well.

We reported that Jessa loves giving thoughtful gifts. In fact, in an episode of Counting On, TLC fans saw her give a lovely gift to Jim Bob and Michelle Duggar. They later shared photos on their social media. And, they revealed a large canvas of all the grandkids. Fans agreed the gift seemed very precious. Now, Jessa turns her mind once again toward the season of gift-giving.

Jessa and Ben Seewald share an Instagram account. On there, a photo went up of her Christmas tree on October 27. The caption read, “She couldn’t wait. 😉.” Jill Dillard commented, “lol covid makes us all do crazy things 😂.” And, Jinger Duggar Vuolo also commented. She noted, “Love it!! 😍 I was literally thinking about doing the same thing. 🙈” Fans agree that Jinger might do it as she expects her baby in November, and decorating with two kids might be a chore.

Confused.com noted that usually, people start putting up their decorations for Christmas in late November or early December. But this year, people seem less fussy. One fan said, “We all need extra things to make us smile right now.” And, another fan commented that they also put up their tree on “November 1st.” The fan noted the “dark” world, seeing no “harm…in adding more light.”

Other Counting On fans who commented on Jessa Seewald and her Christmas tree talked about “2020” and “no rules.” One of them wrote, “Im amused there’s a pumpkin right next to it 😂😂.” And yes, it looks like she celebrates two festive seasons in one. But probably, it won’t clash with Halloween, as the Duggar family normally avoids that tradition. 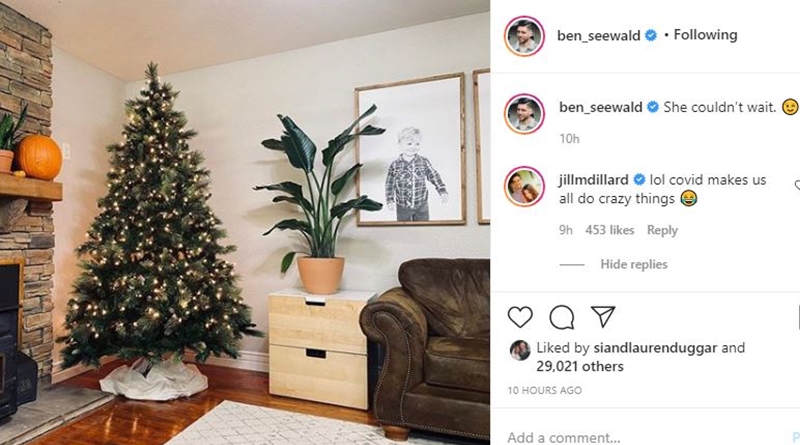 Jessa’s not alone. One TLC fan said they also put up their decorations already. The person noted that she felt really down and “depressed.” So, “we decided to do something that brings me joy and I feel amazing! Who knew decorating for the holidays could put you in a good mood!” Actually, Popsugar.com wrote about that in August. They cited psychoanalyst Steve McKeown who spoke to Unilad about it.

He said that “Decorations are simply an anchor or pathway to those old childhood magical emotions of excitement. So putting up those Christmas decorations early extends the excitement!” So, if you feel like Jessa Seewald and want something to brighten up 2020, feel free to go ahead and decorate now if you want.