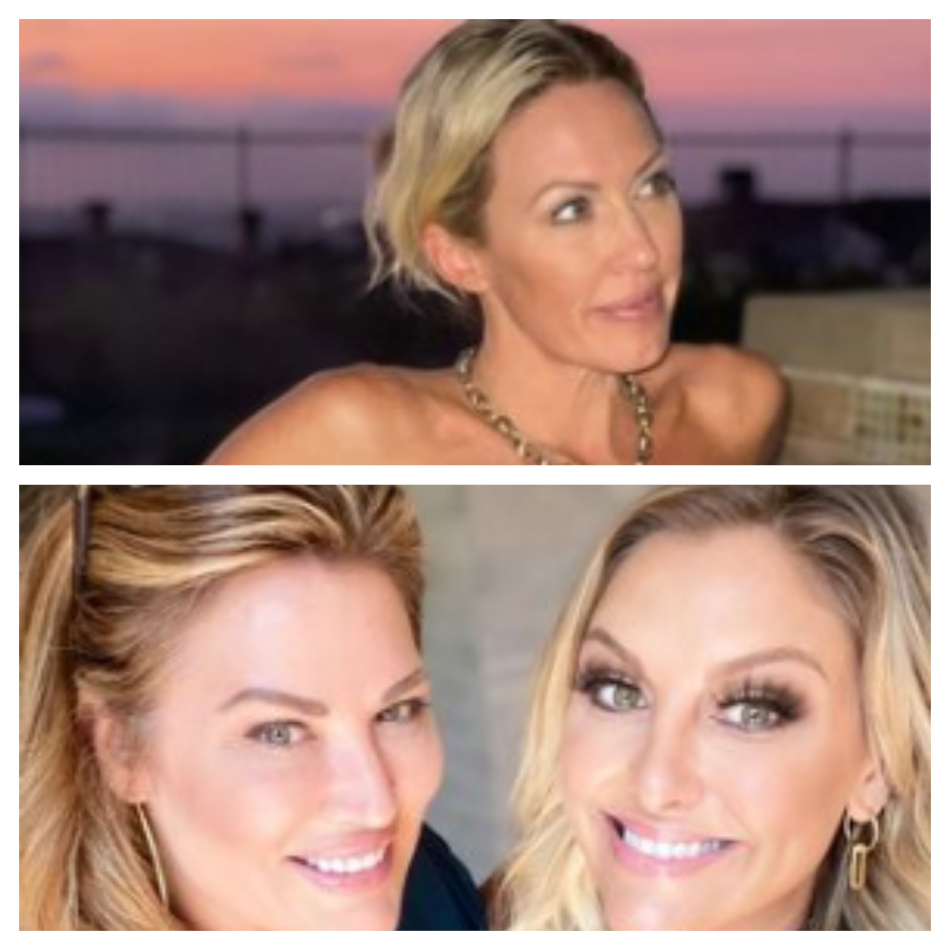 Braunwyn Windham-Burke is not on speaking terms with her RHOC co-stars. From what fans are seeing on-screen, the ladies are still friends at this point in Season 15. However, something goes down throughout the season that puts them at odds with each other. Does Braunwyn’s recent Instagram post shed light on what that something is?

During the Season 15 premiere, Braunwyn’s heavy drinking was a topic of conversation. Both Emily Simpson and Gina Kirschenheiter spoke out about Braunwyn’s drinking. In fact, Braunwyn called Emily over to her home for a chat. During the conversation, Braunwyn revealed to Emily what she also revealed to viewers: she’s an alcoholic.

Many fans did not see this coming. However, Braunwyn said that production inadvertently enabled her by keeping the footage hidden. But the producers are using some of that footage now that Braunwyn has shared her secret. In a recent episode, the producers included several snippets of a drunken Braunwyn from various events.

It really shouldn’t come as a shock to viewers that Braunwyn was willing to bare her life on the show. After all, one glimpse at her social media and fans will see she is outspoken. The mom-of-seven is very active in social issues.

During the recent protests after George Floyd’s death, Braunwyn went to several marches in the L.A. area. She even brought her kids with her to the peaceful protests.

Many fans troll the reality star by implying her husband, Sean Burke, is gay. However, the RHOC recently clapped back by saying she is the one who is gay, not her husband. In fact, it seems the two are living apart as Braunwyn explores her sexuality. But they have no plans to divorce.

Ahead of Season 15, Braunwyn teased that viewers will see her become her authentic self.

Earlier in the week, the RHOC star took to her Instagram to share a widely popular social media meme. The meme includes the quote, “‘We can agree and still be friends’ does not apply to racism, sexism, homophobia, or transphobia.” written on a woman’s cheek.

Throughout the last few months, Braunwyn’s co-star, Kelly Dodd, has made several controversial comments about the coronavirus pandemic. In fact, it seems that Kelly has adopted the political views of her husband, Fox News correspondent Rick Leventhal.

While Braunwyn didn’t tag or reference any of her RHOC co-stars, the meme could explain the falling out. Emily Simpson recently revealed to Entertainment Tonight that Braunwyn’s “not talking to any of us because we all unfollowed her.” The lawyer says, “Each one of us kind of unfollowed her for different reasons, and on our own terms.”

For Emily’s part, she said Braunwyn’s behavior during the finale party caused her to unfollow Braunwyn. Fans will have to keep watching to find out what exactly goes down with the women.

The Real Housewives of Orange County airs Wednesdays on Bravo. Be sure to follow our Facebook page for all the latest TV news.