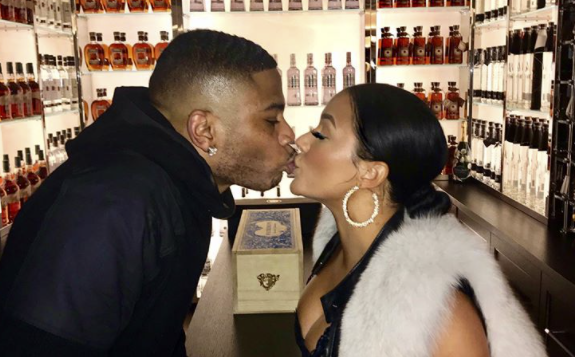 Nelly is having an excellent run on Dancing With The Stars. The rapper received so much support from fans, colleagues, and one very special woman. Last week, he opened up about his relationship with Shantel Jackson and how he knew she was “the one.”

“I would not want my life to not have Shantel in it,” Nelly said in a prerecorded segment on the episode. “We’ve been seeing each other for five or six years. Any time you can connect with somebody like that, it works out for the long run. She’s sweet, beautiful, and the more we got to know each other, she’s just as beautiful inside.”

Nelly Is A Stronger Performer Because Of Shantel

On Monday night’s episode, Nelly dedicated his performance to Shantel. He and Daniella pulled off their highest score yet at 27 points. Daniella once said on Instagram that she believes Shantel makes him a stronger dancer.

“She’s great. She’s really dope. We have a great time, and we understand each other,” Nelly told ET about the love of his life. “We have so much in common. She grew up in the inner city, she knows what it’s like to go through certain things in life when you grow up in the inner city. She’s very driven, very passionate about the things she does and she doesn’t accept anything but wanting to be better. And that’s what I love. That’s exactly what I love.”

And of course, the subject of engagement came up. Nelly playfully said that they are working towards that and he would keep us all posted.

Next week is a double elimination night and each competing couple will perform two dances. Daniella confirmed she and Nelly would perform a Rumba next week, but she isn’t sure about the second dance yet.

While you wait for Monday night to arrive, you can download Nelly’s new song. The rapper collaborated with country group Florida Georgia Line to deliver something you can really groove to. The song is called “Lil Bit” and is from his upcoming album, The Heartland. He wanted to create something that was true to rap but also had country music influences in it.

“It’s kind of messed up, because of COVID. I really wish the clubs were open and things were in a different manner and people could get out and have fun to this record,” Nelly told ET. “But regardless, you’ll be able to jam in your house.”

If you love watching Nelly and Daniella perform, you need to vote to keep them in the competition. The votes decide the bottom couples, and the judges will choose who to save. And since next week is a double-elimination episode, Nelly and Daniella will really need your votes.

Tune in to Monday night’s episode to see what happens next!