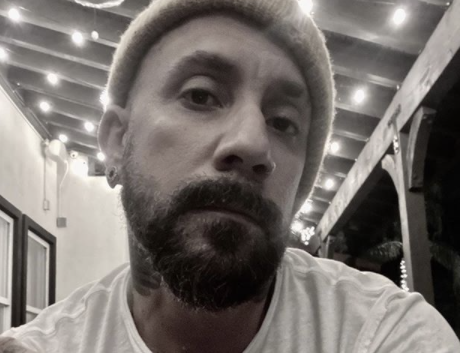 AJ McLean and Cheryl Burke got off to a rough start this week. During rehearsal for Villains Night, Cheryl slipt and smacked her head on the dance floor. For a while, they weren’t sure if they would be able to perform. But the medics cleared Cheryl, and they pulled off an amazing Halloween routine.

“What happened on Sunday was definitely scary. Accidents happen and thankfully, Cheryl is doing better, and we’ll see how she’s doing this week. Usually, it takes a couple days for pain like that to really set in. There was a moment there where I wasn’t sure if we were going to be able to actually perform,” AJ admitted in a blog post he wrote for Us Weekly. “We didn’t know the extent of the damage until she was cleared to be able to perform. But in those cases, usually what happens from what I was told, is that a previous pro that was on the show would have to step in and perform, or I would have to bow out. If I don’t have to bow out, I would not do that. Overall, my concern for Cheryl’s safety was number one.”

AJ McLean Prepares To Explore Addiction In His New Routine

But now that it’s clear Cheryl is going to be ok, the pair are looking forward to next week. It’ll be a double elimination night, so the couple needs to be at the top of their game. AJ says he will do a solo performance to  “Way Down We Go” by Kaleo that explores his battle with addiction.

AJ McLean initially decided to get sober for his family. But his friendship with Cheryl Burke helps him commit to staying sober. Cheryl struggled with alcoholism in the past. Long rehearsals and focusing on the competition keeps his mind off his demons.

“I am so grateful to have found a true friend in Cheryl [Burke], the best coach I could have asked for. Thank you all so much for the love,” the singer said in an Instagram post.

According to AJ, his second routine will be a quick, 30-second number with Cheryl.

“Knowing that we’re coming up on our first double elimination … at the end of the day, if I go home, I go home. I’m just trying to bring joy to people at home and just do the best I can,” he said.

Are you inspired by AJ McLean’s story? Don’t forget to vote if you want him to stay in the competition and take home the Mirrorball Trophy. You can catch his emotional solo routine on ABC Monday night at 8 PM. Tune in to the next episode of Dancing With The Stars and see what happens next.