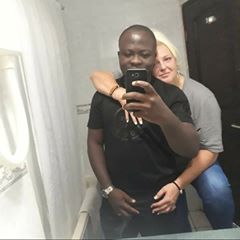 90 Day Fiance stars Micheal Ilesanmi and Angela Deem have had a rocky marriage so far. The jaw-dropping Tell-All show brought up big hurdles for the newlywed couple.

To have kids with Angela Deem or not to have kids?

In the TLC tell-all, The couple had hit a major roadblock on deciding whether or not they wanted children. What if they did? This led to a discussion about the process which ended in a massive blow-up between the couple. Things didn’t get any better when Angela she was getting gastric bypass surgery, which clearly upset Michael

Fans speculated on the couple’s marriage

Many fans wondered if the couple’s new marriage was already in distress. Fans took to Angela’s Instagram page to see if the couple was still together. On many of the posts, fans asked if Angela was still married to Michael or if they had split. Angela never answered the question but she recently posted a video of Michael that led fans to believe the couple is still working on their marriage. The video appears to be Angela’s attempt at the latest Tik Tok musical trend of incorporating Fleetwood Mac’s “Dreams” into a video, according to Cinema Blends 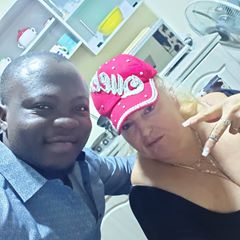 What is Angela Deem and Micheal Ilesanmi facing

Micheal is young and has always wanted to have a baby with the much older Angela. This is an issue because, point-blank, Angela is too old to carry a baby. In the Tell-All the pair tried to persuade Skylar, Angela’s daughter into giving up her eggs or carry Micheal’s baby.

Skylar was a hard pass on both of the possibilities and seemed to be a little creeped out over the thought. Skylar would be carrying her mother’s husband’s baby that her mother would be taking care of until her Nigerian husband was allowed in the country. Weird, creepy factor 100!

The wait continues for the two

It seems by the video Angela posted that Micheal is still not in the States. The couple to facing a long-drawn-out process to get Micheal here to the United States. A process that could take years to complete! Fans have asked Angela via Instagram how long the couple can take being apart? Of course, no response from the reality star. Micheal can’t come to the United States, and Angela can’t just visit Nigeria either thanks to the Nationwide pandemic. Flights to other countries aren’t allowed for now until Corona Virus is under control or a vaccine is available. Time will tell if they can make it or the distance become too much for the two.