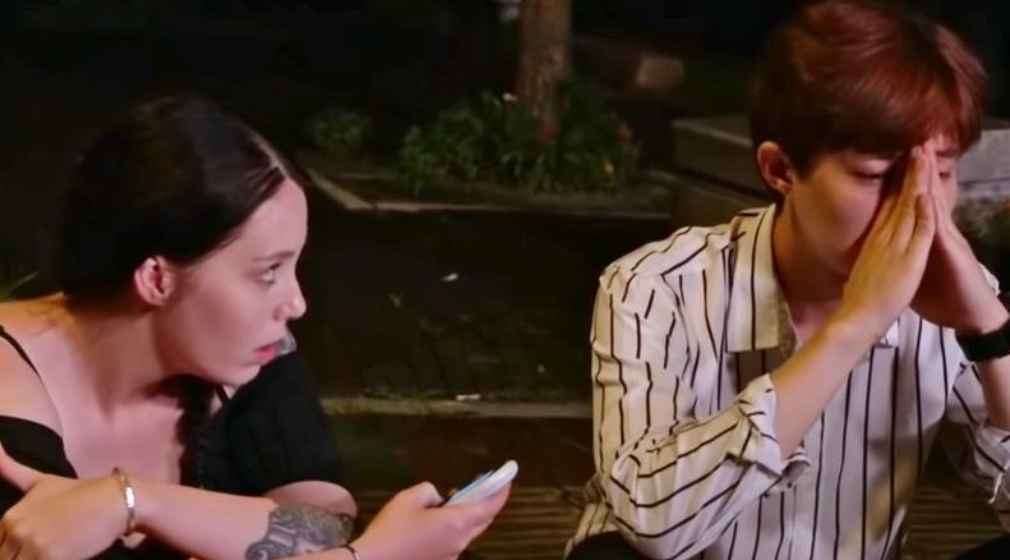 The drama continues in the relationship between 90 Day Fiance stars Deavan Clegg and Jihoon Lee. Deavan has recently hit her Instagram story with several long statements about Lee. These include her side of the story relating to Jihoon’s gifts for his 18-month-old son, Taeyang.

90 Day Fiance star Jihoon and his gifts for Taeyang

Deavan had at one stage accused Jihoon of not being interested in his son, Taeyang. However, she never told him he couldn’t see his son. In one Instagram Story, she wrote that Lee can come to America whenever he pleases. In fact, she says he last saw Taeyang six months ago, while Jihoon says he hasn’t seen his son.

Lee recently shared on Instagram the gifts he has sent to his son. He hopes by sending gifts he can keep close to Taeyang and is doing this while he and Deavan go through his divorce. However, he says it isn’t Deavan who accepts the gifts, but someone else.

Jihoon, 31, wrote on his Instagram Story that he “regularly” sends goods to his son via a friend in America. He went on to share an image of a pile of toys and clothing for the tot. Reportedly, the packages included five boxes containing toy cars and trucks, socks, hooded sweatshirts, sweatpants, button-up shirts and jeans. Lee hopes Taeyang will enjoy the use of his gifts, but said he wasn’t sure of the sizes.

In her responding IG story, Deavan wrote that she wanted to clear some things up about her ex’s story. While it sounded like Jihoon had sent several boxes, she says he has sent only one box in the six months of them moving to America. She also pointed out that Lee had blocked them from contacting him, not the other way round.

Deavan stressed that Jihoon is well aware that sizes for babies’ clothing go by their age. She said the box Lee did send, he didn’t pay for. It was apparently paid for by one of his fans, not a friend.

Clegg pointed out that Jihoon has been sharing her new address with strangers. For this reason, they have had to relocate twice for safety. She said she believes the person who had her address is someone who could harm them. She even made a police report in the past about this.

According to Clegg, she has tried to contact Lee to warn him not to give her address to strangers. She says he can send things himself – however, she stresses that he doesn’t do this. He uses fans, who pay for the goods and send them.

What about Taeyang’s favorite toy?

The TLC reality alum said that anyway, her son doesn’t need these items. She said if Jihoon wants to help, he can send his son’s favorite toy they left there. She has asked him several times about that. However, Lee apparently threw out all the children’s belongings after she left. Fans likely wonder how Deavan had asked Jihoon “several times” about that if he has blocked her.

Deavan and Jihoon can be seen prior to their split in 90 Day Fiance: The Other Way, Sundays on TLC at 8 pm ET.