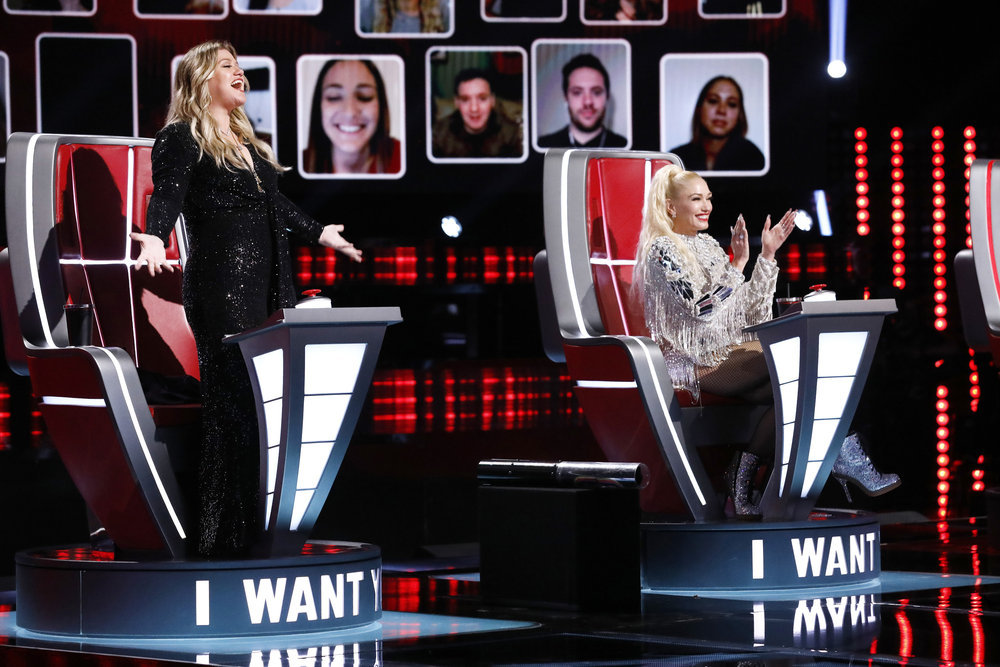 That’s exactly what happened in the most recent blind auditions episode. It was a risk to take, but Kelsie Watts took it and it all paid off. Clarkson quickly turned around and later made it very clear that she thinks Kelsie sang the song better than her. That’s a huge compliment to this new contestant.

Kelsie Watts Kills It on The Voice

If you think you know the name Kelsie Watts, that’s because you probably do. She was one of the contestants on American Idol back in 2015, where she also auditioned with a Clarkson song. Is someone a big fan?

Now it’s her chance to perform on The Voice, and Clarkson was quick to say “you sang the crap out of my song.” The minute Watts hit the high note, Clarkson had no choice but to hit her button to turn around. Gwen Stefani quickly followed, but the men left the women to duke it out.

The judges had a discussion about Clarkson turning around. It’s not often she does that when someone else sings one of her tracks. She is much harder on contestants when they sing one of her songs, and John Legend agrees that he is, too. They know the way the songs are supposed to sound. Those songs become like their babies, so they are extremely protective. Getting one of the judges to turn around on their own song is a huge accomplishment.

One of the things Kelly brought up was the decision to do the highest note. It’s not an easy one to hit, but it is something she did herself when on American Idol. While she didn’t mention the song, Entertainment Tonight reminds viewers that it was while singing Aretha Franklin’s “(You Make Me Feel Like) A Natural Woman.”

Who Did Kelsie Watts Choose?

In the end, with the two female judges turning around, Watts had a tough decision to make. Would she pick Clarkson or Stefani? It was a no-brainer, though, right? Watts picked Kelly as her coach.

Even without singing “I Dare You,” this is a smart decision. After all, Clarkson was also on American Idol, becoming the first person to win the competition, and look at the star she has become today. Over the years, she’s adapted her style without losing herself, so she is certainly someone who can help another female vocalist do that.

The blind auditions continue on The Voice, but it won’t be long until we see Kelly take Kelsie under her wing and see what else the talented contestants can do.

What did you think of Kelsie’s rendition of “I Dare You?” Share your thoughts in the comments below.

The Voice airs Mondays and Tuesdays at 8/7c on NBC.