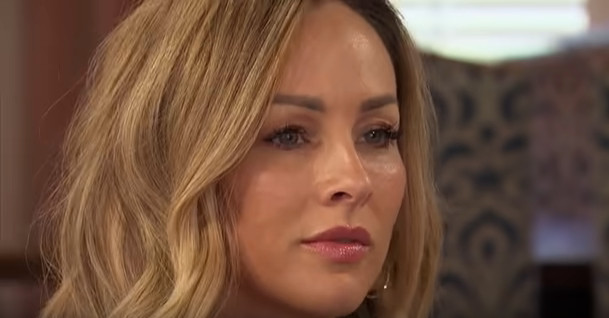 Embattled The Bachelorette lead, Clare Crawley, gets a special visit in this week’s episode. A Bachelor Nation alum returns to lend Clare an ear. Even though the new season of the ABC hit show is just two episodes in, Clare is already falling in love with one of her suitors!

And she doesn’t know what to do about it. Cue The Bachelorette’s version of a Fairy Godmother.

Two Episodes In, and Clare Thinks She’s In Love

It may seem too early in the season for the lead to have favorites. But this season is hardly typical. Season 16 of The Bachelorette was supposed to film months ago, but the pandemic halted production. In the downtime, the head honchos decided to switch up some of the cast of suitors.

Clare also turned 39 turning the pandemic. And someone in PR decided to highlight Clare as “The Oldest Bachelorette” in the history of the show. It’s something some of the disgruntled men use against her, as the trailer shows.

When Clare met her suitors on the first night, one took her breath away. After Dale Moss literally swept her off her feet in a hug, she practically swooned. She even said to production that she thought she may have found her husband.

Not surprisingly, Dale received the First Impression Rose, and the other men are already seething with jealousy. That comes to a head in this week’s episode when Clare and Dale sneak off together.

In a new promo, ABC reveals that Bachelor Nation alum Deanna Pappas will have a visit with Clare.

The Bachelor fans may remember Deanna from the disastrous Season 11. She made it all the way to the final two women. In what was then the most-shocking moment on the show, Brad Womak didn’t choose either of them! But Deanna went on to star in Season 4 of The Bachelorette.

Despite appearing on different spin-offs, Deana didn’t find true love. She did briefly get engaged to Jesse Csincsak at the end of her season. However, the two broke up shortly afterward.

In 2011, the reality star married Stephen Stagliano. Deanna and Stephen have two children together. So, while she never found love on the ABC show, she knows a thing or two about making a marriage work.

Iconic Comedian Invites the Men to Roast One Another, Chaos Ensues

Deanna’s visit isn’t the only treat in store for viewers this week! Iconic comedian Margaret Cho hosts a roast. The men will trade insults, as they roast each other. But TV Insider teases that the men band together with one main target: Dale Moss.

Hopefully none of the men mock Clare’s age. She’s already sent one suitor home for disrespecting her. She’s not afraid to send another home. However, the men may stage a walkout before Clare can even hand out the roses at the end of the night!

Deanna Pappas isn’t the only familiar face this season. At one point in filming, host Chris Harrison was unavailable due to taking his kid to college. So, ABC tapped former The Bachelorette star JoJo Fletcher to fill his shoes. At least temporarily.

The Bachelorette airs Tuesdays on ABC. Head over to our Facebook page for a live chat during the show!