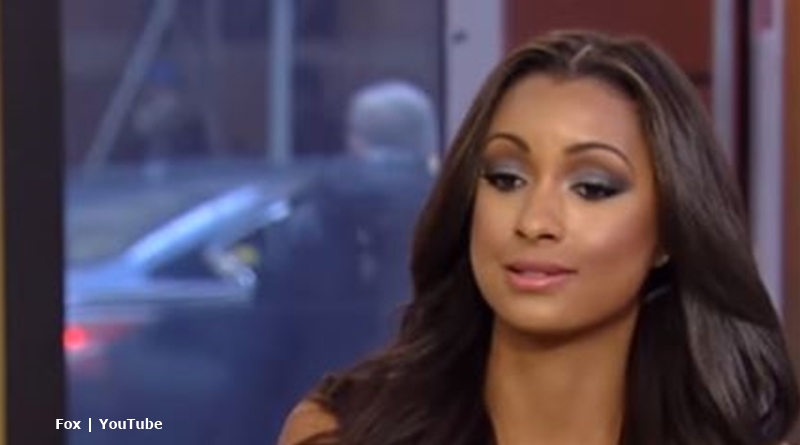 RHONY fans heard in early October that Eboni K. Williams joins the Bravo show as the first Black cast member. Surprisingly, it looks like Ramona Singer made a friend of Eboni. But, Real Housewives of New York critics doubt it lasts very long.

We reported that Bravo confirmed Eboni joins Leah McSweeney, Luann de Lesseps, Ramona Singer, and Sonja Morgan. And, TMZ noted that Eboni sounds very excited about it. Very experienced in journalism, family law and civil litigation, she’s a bright spark with a brilliant career. In fact, she not only assists and produces Revolt Black News, but she also featured on “Fox News, Fox Sports, NBA 2K,” and more.

So, she brings a lot of intellect. Hopefully, she won’t regret it as so often, everything dissolves into alcohol-fuelled temper tantrums on RHONY. Interestingly, on October 26, the @bravohousewives account on Instagram posted about Ramona Singer and Eboni K Willimas. It looks like the two women in Real Housewives of New York fast become friendly. But, fans feel a bit skeptical.

The caption in the post said, “Ramona is filming in the Hamptons with new Housewife @EboniKWilliams and says she’s made a new friend! Do you think this friendship will last?” Well, that raises an interesting question on how this even happened. Back in early September, Eboni told her Instagram fans that she fell sick with COVID-19. She noted that it changed her perspective in some ways.

The new Real Housewives of New York star said “Anything you don’t change, you choose. Being sick and then fully recovering, forced clarity around some of my life choices.” So, it looks like she chose the rather confrontational relationships in RHONY. And, somehow she made that choice with “clarity.” Maybe bringing her in changes the narrative somewhat. But, fans doubt Ramona Singer ever changes.

Fans react to a friendship between Eboni and Ramona

An immediate response seems that fans expect Ramona and her political leanings bring some tension between the two women. Describing Ramon as a “Trumper,” many people predicted no way this friendship could work. But, if you listen to Eboni talk, she sounds ready to accommodate different ideas. And, debate them. In fact, in 2016, she raised an interesting point about privilege, and how it can be applied to everyone.

Ramona might come over as arrogant and irritating at times, but she’s not totally stupid. Maybe these women enjoy a good discussion together now and then. Nevertheless, fans mostly think Ramona sooner or later sharpens her claws and slashes at Eboni in the next season of RHONY.