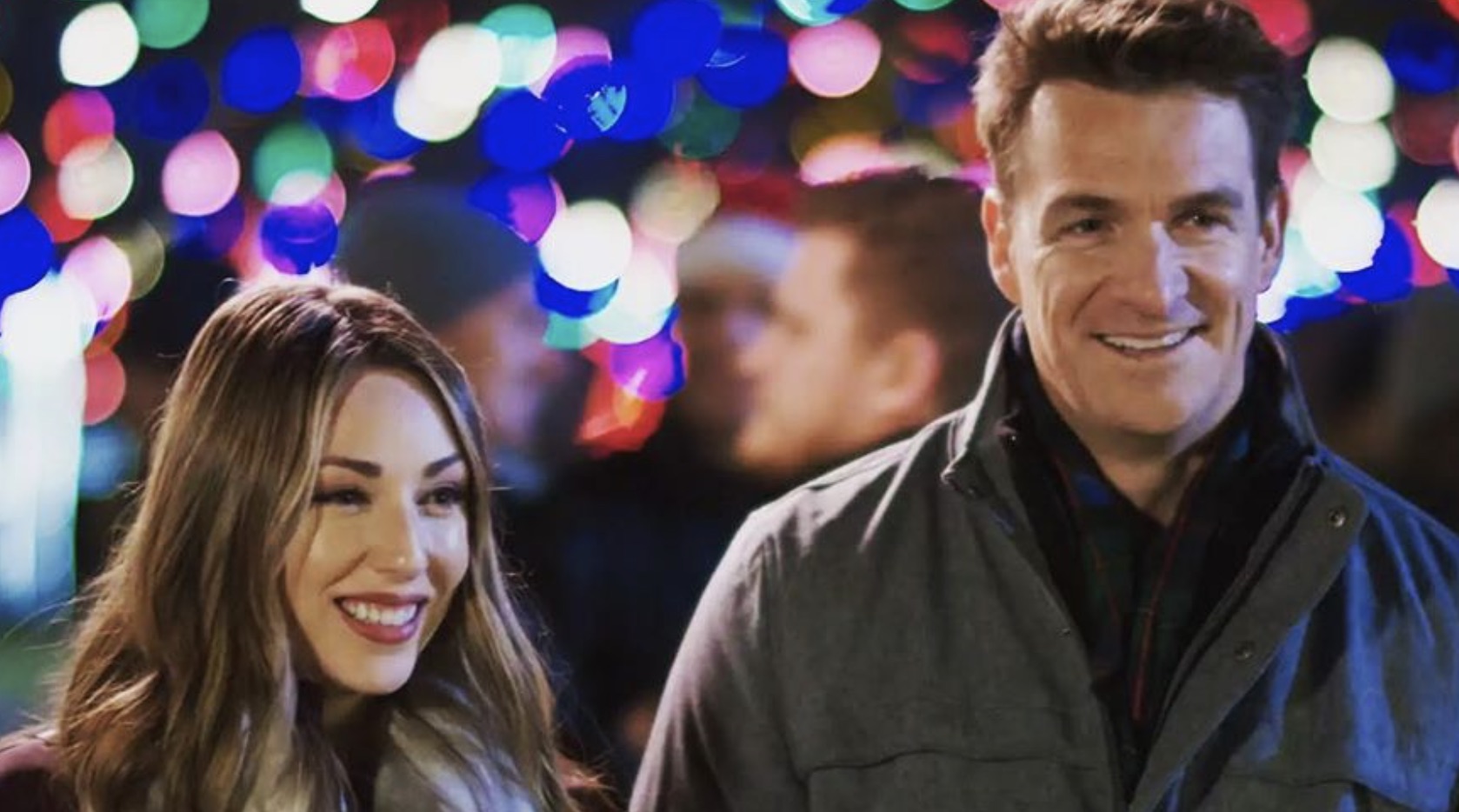 Lifetime’s new Christmas movie, A Crafty Christmas Romance stars Bold and The Beautiful alum Nicola Posener, as well as Brad Johnson (Scents & Sensibility). This is a holiday story about a bit of Christmastime sleuthing.

What do we know about this It’s A Wonderful Lifetime 2020 Christmas movie?

What Is Lifetime’s A Crafty Christmas Romance About?

Ready to solve a mystery? According to the Lifetime preview, Mandy Page (Posener) owns Page Hobby and Craft store. Mandy, who has given up on love, is focused on  more altruistic pursuits. She has set up a donation drive.

Thanks to her idea, someone brought in a box of books. On closer inspection, Mandy finds a letter to Santa, along with a special coin. This letter is old. It was written 70 years ago, on December 11, 1947.

The letter begins, “Dear Santa, I found a coin my father would like.” It goes on to explain that the father died in WW2. But, the young letter writer, Judith, has a special request. Judith wants Santa to give that coin to her father, because she believes that Santa could actually do this.

While they are searching for the letter writer, they indulge in some Christmas activities in the town square. Mandy realizes that Jonah is a “good guy.” She loves spending time with Jonah.

Can they find Judith before Christmas? Will Mandy and Jonah find love?

The Other Mystery In A Crafty Christmas Romance

The storyline of this new holiday movie isn’t the only mystery to solve. The name of this movie has gone through several transitions. While they were filming the movie, in Provo, Utah, it was called Christmas Coin.

Next, the name was changed to Crafting Christmas. Now, it is officially A Crafty Christmas Romance.

Whatever the name, you can catch it on Friday, October 30, at 8 p.m. Eastern, on Lifetime.

Nicola Posener Was Amelia On B&B

Do you recognize Lifetime’s A Crafty Christmas Romance’s heroine? It is Nicola Posener. She was on the Bold and The Beautiful, and portrayed Amelia, the Spencer nanny. Posener first appeared on the CBS soap on July 23, 2018. The last time anyone saw this meddling nanny was on August 22, 2019.

Previously, the London, England native was in the Mythica series of films. She portrayed the beautiful priestess Teela. In several of the movies, her co-star was Adam Johnson, brother of A Crafty Christmas Romance’s Brad Johnson.

Be sure to check out A Crafty Christmas Romance. It airs on Lifetime on Friday, October 30, at 8 p.m. Eastern.