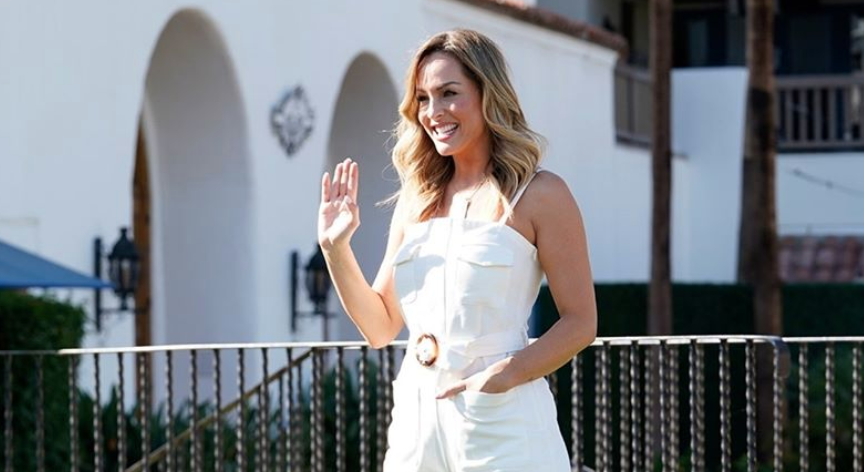 Clare Crawley is head over heels on the new episode of The Bachelorette. Dale Moss seems to have stolen her heart, and she is falling in love.

Clare Crawley is in love

Tonight’s episode of The Bachelorette was filled with so much drama. Of course, Clare and Dale are getting closer and closer and the other guys see it too. They don’t seem to be handling it well, especially since it would seem they are wasting their time trying to win her heart.

During the episode, Clare actually reveals how strong her feelings for Dale are, Us Weekly says. Needless to say, the other men have a reason to worry about winning Clare over.

“I can’t believe it’s not even the second rose ceremony yet and I’m so falling in love with Dale,” Clare reveals on the episode.

Clare even got the chance to talk about her experience with DeAnna Pappas. Even then, she hinted at the fact that the season might get cut short, which it will.

“You know when you know. … This might be the shortest season ever,” Clare tells DeAnna.

Tayshia will be taking over on the show

Clare seems to be frustrating not only the guys in the house but the fans as well. It would seem everyone is ready for Tayshia Adams to take over. Luckily for everyone watching, this will be happening soon.

At the end of the episode tonight, a clip was played where Tayshia can be seen getting out of the pool, hinting at her arrival.

Of course, fans went crazy when they saw this.

Needless to say, this will be the highlight of the season for some anxious fans. Hopefully, the men get a much better chance with Tayshia and she won’t just pick one man from the start.

What do you think of Clare as The Bachelorette so far? Do you think she is doing a good job, or are you ready for Tayshia Adams to take over? Let us know what you think in the comments.

Be sure to watch The Bachelorette every Tuesday to watch all the drama unfold.