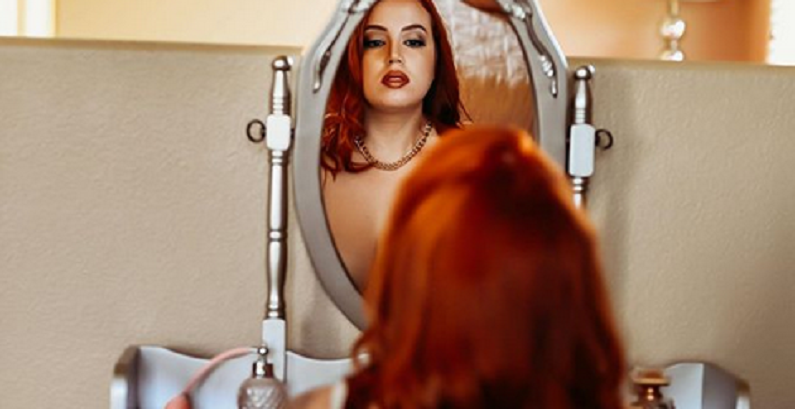 90 Day Fiance star Jess Caroline is fighting back mad at body shamers. TV Shows Ace previously reported that she shared a sexy photo of herself wearing red lace lingerie. She posted the photo in hopes that her followers would join her OnlyFans account. Like most reality stars, Jess is hoping to make bank on the platform.

Colton Johnson’s ex-girlfriend became a fan-favorite after she appeared on Season 5 of 90 Day Fiance: Happily Ever After. She stood up for herself against the so-called momma’s boy. Jess accused Colt of cheating on her while they dated. She even lost her job out of it.

Jess received “body shaming” comments after sharing her lingerie photo. On Tuesday, October 26, she promoted her newly created OnlyFans account. But not everyone was happy to see the revealing photo. So, she followed up with a new lingerie photo on Instagram.

This time, Jess wore nothing but a white lace teddy. She included the powerful message: “Your words can’t hurt me anymore!” In a series of posts on her Instagram Stories, she revealed that she received hurtful comments like, “Why showing yourself half-naked I guess your Husband doesn’t care,” and “is this the American dream? Sell yourself to an American man for a green card so you can sell yourself?”

So, the 26-year-old reality star proudly posted a new photo on Instagram. She also slammed the body shamers in the meantime. Along with the sexy photo, she added: “Hate all you want. Shame my body all you want. Your words can’t hurt me anymore! I know my worth isn’t based on my looks. The things you say about me say much more about you, what you have to offer is what you get back.” The red-headed Brazilian model poses against the wall as she flaunts her cleavage and taut stomach.

The 90 Day Fiance star wanted to spread some body positivity. She revealed that some women refuse to post bikini photos “because their bodies are not ‘Instagram worthy,’ because of this nasty body-shaming culture.” The former TLC star plans to show off her body no matter what people think. Jess wants to continue to be an inspiration for other women who have similar bodies.

The Las Vegas native ended her message with a motivational quote, “Own your body and be proud of it. It does so much more for you every day! I love myself and your hate messages won’t ruin that, so quit your whining and put your energy towards something more productive for yourself.”

Jess received mixed reactions over her post. Some of the 90 Day Fiance fans couldn’t see eye-to-eye on the message. They don’t understand why she needs to show her body. Others felt that she should cover-up.

Some of them even compared her to Larissa, who also sells sexy photos on OnlyFans.

“You have more class than Larissa, don’t expose yourself like this,” one user wrote.

“You’re married and posting pics like this?” another follower added.

But most agreed that Jess’s followers should “mind their own business.” They praised her for displaying body confidence and seeking a new venture. But Jess’s husband was her biggest supporter. He called his wife’s new photos “gorgeous” and “stunning.”