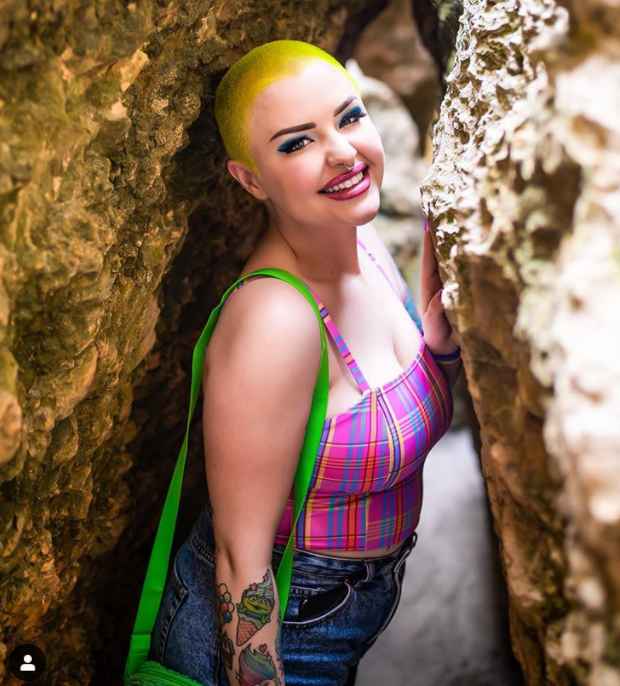 90 Day Fiance: Before the 90 Days fans will remember Erika Owens and her relationship with Stephanie Matto. They were the first female same-sex partners on the TLC reality show. Her relationship with Stephanie didn’t work out. However, the Australian beauty now has a new love in her life. Erika is now living her best life with Chris Siclari while trekking all over Australia.

Erika featured on 90 Day Fiance: Before the 90 Days with her girlfriend, Stephanie Matto. Matto traveled to Australia from America to be with her. She met the YouTuber, author and self-proclaimed, “Martha Stewart of OnlyFans” online. They went on to chat for a while before deciding to meet.

Their first meeting was undeniably awkward and things got worse when Stephanie met Erika’s friends. From her behavior, fans of the TLC reality show questioned Matto’s sexuality. They went on to claim she was using the show to advance her career. While both ladies were supposed to be bisexual, Stephanie appeared uncomfortable with the physical affection Erika wanted to give. Matto was also jealous of many of Erika’s friends, with some of whom she had been in past relationships. When Erika took her to a party, she was clearly uncomfortable all the way through. Throughout the season, it was clear the 90 Day Fiance stars were no good for each other, so they split.

Since her split from Stephanie, Erika is now living her best life with her new beau Chris Siclari. Owens is a photographer by trade. She and Chris have been touring the country, sharing photos on Instagram. Erika and Chris have enjoyed a visit to Kangaroo Island in South Australia. More recently, they headed to Flinders Chase National Park. When sharing a recent image, Erika captioned it, “I love every adventure, and every day with you.”

The couple are living together in Adelaide, which is a huge step in their lives. Their relationship is definitely getting serious, which, after Stephanie, is lovely for her fans to see. The pair also has a new member of the family, a cute puppy. When posting about the pup, the 90 Day Fiance alum opened up about her mental health problems. She believes their new little dog will help her get “through the darker times.” After the darker times Erika experienced with Stephanie, this is good to hear.

Erika has been famous for bright clothing and rainbow-shaded hair. Owens told her fans she was getting rid of all the brightly colored clothes in a recent Instagram post. In the caption, she told the “Karens” that she has decided to take their unsolicited advice all year. She is selling her entire wardrobe so she can “finally grow up and be NORMAL!!!”

Let’s wish Erika Owens and her new boyfriend Chris Siclari everything of the best for their relationship. They will surely have a happy life together.