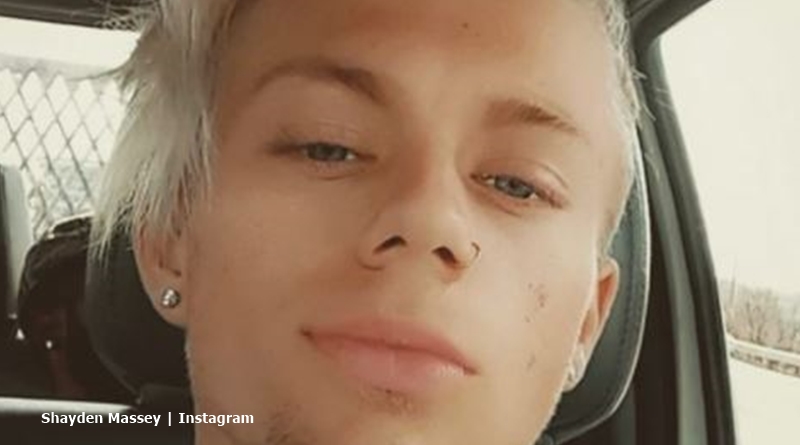 Unexpected fans heard in October that Shayden Massey and his new girlfriend Kylee welcomed their baby girl Everleigh Marie Massey. So, his daughter by Lexus, Scarlett became a big sister. However, as Lexus and Shayden broke up after he alleged she cheated on him, fans wondered if the two kids would ever meet. Now. Shayden revealed that already happened.

We reported that after the split between Shayden and Lexus, another girl fell pregnant by Shayden. Her name’s Kylee and she looks very nice, fans agree. And, as Shayden always seems like a good dad with Scarlett, presumably, he plays a big part in his new daughter’s life. Actually, Shayden loves being a dad. In a post on Sunday, October 25, he wrote, “Their [sic] is nothing I love more than being a father❤️.”

In the comments, a lot of people asked about the mom of the new baby. And, some helpful fans explained about Kylee. One fan commented, “Y’all ask the stupidest questions lmao yes that’s his baby don’t worry who the mom is mind your business.” But, the Unexpected star doesn’t seem to mind. In fact, he shares a lot more when he goes Live than on his posts.

Shayden Massey talks about Scarlett and the new baby

Some fans asked if Everleigh will ever meet her sister, Scarlett. So, in another comment, Shayden said, “Scarlett met her weeks ago.” Fans seemed relieved and they like the idea of the two girls growing up as siblings and hopefully, as friends. One fan commented, “Hes a amazing father to scarlett he will be to this baby to [sic] who is beautiful like her sister.”

Some fans feel a bit disappointed as they heard that Shayden might not feature in Season 3 of Unexpected. According to Starcasm, Lexus features but not Shayden. So fans probably see Scarlett, but not the new baby. The outlet noted that “Hailey Tomlinson (but not Hailey 2) and Tyra Boisseaua “look like the only returnees from previous seasons.” But, Shayden suggested that Lexus features as well.

The outlet also cited Shayden saying that he declined TLC’s “insanely low offer” to come back. And, according to Shayden, the TLC show gets a lot of scripting. So, he feels that they don’t show much of the true reality of the teen parents on Unexpected. And, he dissed on TLC, describing them as “a fake corrupt group of people.”

While fans probably won’t see Shayden and his new baby on the show, at least he keeps them all updated on his life and the kids on his Instagram.