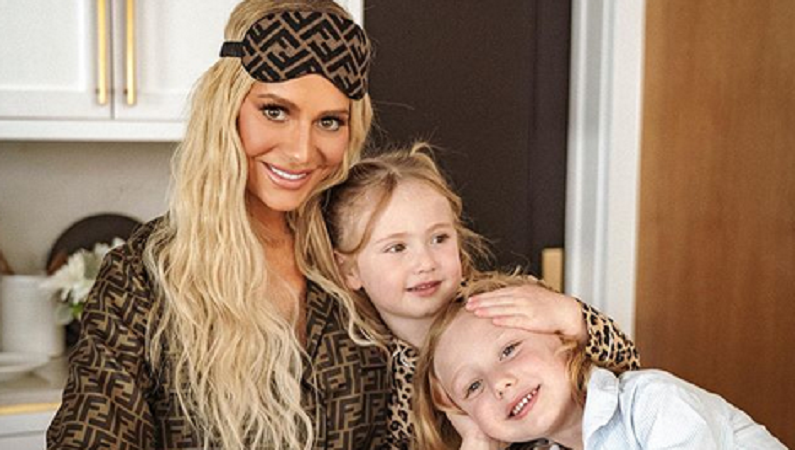 Dorit Kemsley shared a touching message. The Real Housewives of Beverly Hills star took to Instagram to share some heartwarming videos. She revealed that it’s been almost a year since she last saw her mother. Unfortunately, the coronavirus has kept families apart, especially if they don’t live in the same state or country.

Dorit Kemsley shows a softer side to herself

On Sunday, October 25, the Bravo star shared three beautiful videos on Instagram. In each of the videos, her mom played with her two kids, Jagger and Phoenix. The three sat at a table with delicious desserts in front of them. Of course, their fun gets ruined by Dorit’s mischievous children. Being the kids they are, they decide to make a mess. Then Phoenix playfully taunts her brother.

“it’s been almost a year since we’ve seen my beautiful mother,” Dorit captioned the post. “So, so happy you’re here missed you so much!” She also included the kissing, heart, and praying hands emojis. Dorit’s family-friendly post received over 20,000 likes. She even got some love from her RHOBH co-stars.

RHOBH star is back to glam

It’s rare for Dorit Kemsley to post a softer side of herself on social media. Usually, she’s mostly in glam. But she was back to her glam looks in no time. On Saturday, October 24, she looked like she had a hot date. The reality star posted a series of photos of herself in a red evening gown that featured a plunging neckline and a high slit. Dorit accessorized her look with a long braid and black stilettos.

She simply captioned the post, “Housewife” with the diamond and dancer emoji. That sizzling post received over 59,000 likes and over 900 comments. But wait, there’s more. On Thursday, Dorit shared photos of herself wearing Fendi x Fenty.

She rocked a full face of makeup as she wore a brown tank top and matching cardigan in the signature Fendi print. Dorit paired the look with black jogging pants and black stilettos. In that caption, she wrote, “F I for Fendi x Fenty,” along with the black heart and winking emoji.

But some fans didn’t recognize Dorit. They thought she looked like some other reality star. As TV Shows Ace previously reported, fans mistook her for Kim Kardashian.

“This doesn’t look like Dorit!!!” one fan wrote. “She was already beautiful what happened???”

“I know she did a Khloe Kardashian on us unrecognizable,” a user responded. “I think she got a nose job but she’s so gorgeous,” another added.

A third one joked that Dorit’s photo is “sponsored by botox and fillers.” She’s been accused of going under the knife. The rumors have ramped up since her before-and-after photos have gone viral. As for Dorit, she’s previously denied the rumors. She would much rather have the focus on her fashion and family, rather than her face.

A new season of The Real Housewives of Beverly Hills is currently filming. Bravo has yet to announce a premiere date. Check back with us for updates.