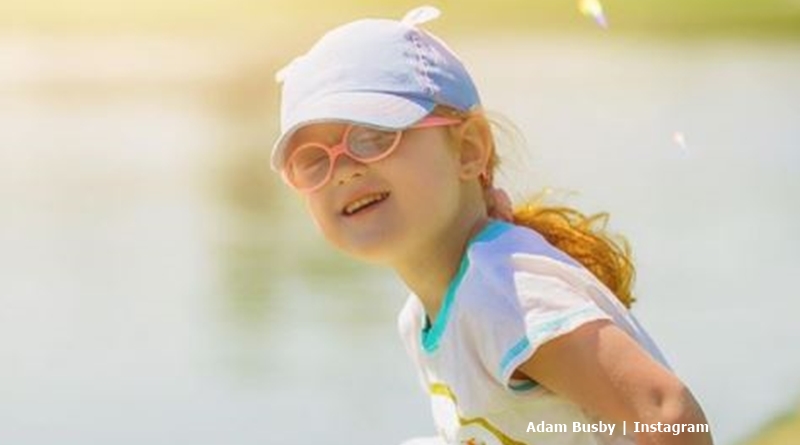 OutDaughtered fans most often claim that Riley is their favorite of all the quints. Or, they did. Nowadays, it looks like Hazel wins more and more fans who term her as their “favorite.” While fans admit that choosing a favorite might not be good, they can’t help themselves.

OutDaughtered fans adore Hazel as she shapes her personality

Fans always knew which of the five kids was Hazel. Two things set her apart: Her red hair and the fact that she wore eyeglasses since her youngest days. We reminded readers that she met her milestones a little slower than the other quints, Riley, Ava, Olivia, and Parker. In fact, the other kids swam way before Hazel. But in August, fans noticed she even beat out “fearless” Riley when the kids jumped off a high fake cliff at a friend’s swimming pool.

Riley always held the title of “the boss.” In fact, as a very small child, she bullied the other kids, putting them in their place, and demanding everything went her way. Now, precocious, confident, and always at the forefront, that trait remains. OutDaughtered fans adore her fighting spirit and her bright blue eyes. But equally, they adore Hazel with her charming smile, curly red hair, and her bravery.

Hazel in the pumpkin patch

On Sunday, October 25, Adam Busby shared a photo of Hazel at a pumpkin patch. Her curly hair almost matched the color of the pumpkins. She wore a white tee-shirt, denim shorts, her glasses and a triumphant smile. Adam said she felt so “proud” of herself as she found a pumpkin she could actually “pick up.” One fan immediately commented, “Love them all but hazel is my fav🔥.” And another one agreed, saying, “My favorite Busby 👩🏻‍🦰.”

Many similar comments came in, like this one: “what a great photo of Hazel she is my favorite girl of all the quints 💓💓💓love the show also 💙💙.” Other OutDaughtered fans called Hazel a “firecracker,” “gorgeous,” “cute,” and “beautiful.” All the Busby kids seem beautiful and cute. But, for many fans of TLC, something special comes out from Hazel. And, some people become so attached to her, that they refer to Hazel as “My Hazel.”

Of course, Hazel also won the hearts of fans as a very little girl. She sufferers from nystagmus that causes severe eye-rolling and fluttering. At the age of one, OutDaughtered fans saw her undergo eye surgery. And, more recently, she faced the possibility of another surgical procedure. Whenever the Busbys or TLC talk about another visit to the eye specialist, her fans hold their breath until the brave little girl gets the all-clear.