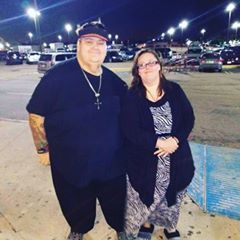 Rena and Lee had met several years before at a weight loss program. Both were overweight and seeking professional help. The two fell for each other and were forced to leave the clinic because patients weren’t allowed to date. But the couple still needed help in shedding the pounds and getting healthy.

Lee and Rena Get the help they need

The couple sought the help of the world-renowned Dr. Now, who has helped many overly obese people lose weight. They moved to Houston to go all-in and do what was needed to get healthy. When the couple started their journey, Lee weighed in at 714 pounds and Rena weighed in at 542 pounds.

Lee and Rena both went to counseling to get to the root of their problems. The biggest issue was with Lee’s anger issues. His anger got so bad that Rena was fed up and their relationship hung in the balance 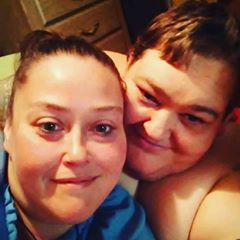 Lee has lost a significant amount of weight and weighs in at 411 pounds, that’s a 303lb difference. Lee wants to have skin removal surgery but Dr. Now feels like Lee needs to lose more weight. He wants him to be healthy enough to safely go through with the procedure.

Rena initially weighed in at 542 pounds and we see that she now weighs in at 250 pounds. That’s just a few pounds short of her goal weight. Dr. Now approved her for skin removal surgery but Rena has put that on hold due to family issues.

Lee and Rena’s relationship together

The two have split up due to Rena’s anger issues according to Monsters And Critics. It seems cheating played a role in the split also according to Heavy.com. Rena accused Lee of cheating on her in a now-deleted Facebook post. “Wow once a cheater always a cheater, guess one day I will learn,” the Facebook post read, “Good riddance [sic] to excess baggage! Maybe I can finally be me now.” Rena wrote on social media.

Too much uncertainty for the My 600-lb Life couple

It’s unclear whether the two are still together or not, since the post was deleted. In fact, the couple has been silent since the allegations come to light. Rena’s Facebook page does say that she’s in a relationship but it’s not clear if the other person is Lee or someone else.

Are you surprised by the news about the couple?