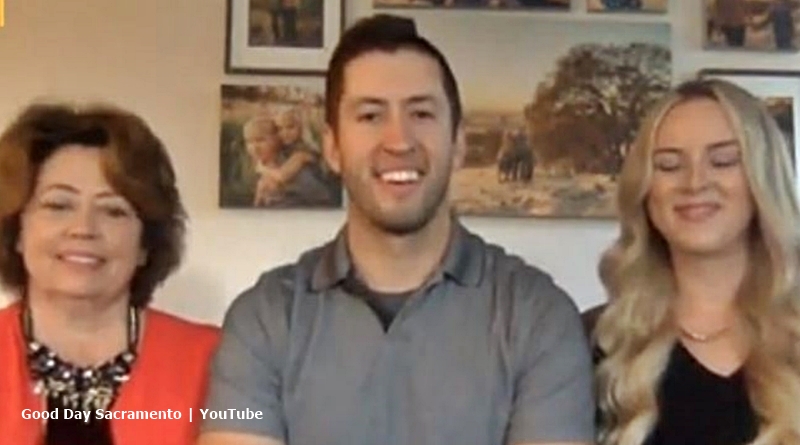 I Love a Mama’s Boy premiered on October 25 on TLC. This week, viewers met Kim and Matt, and his mom, Kelly. She gives them hardly any privacy, especially as they share his childhood bedroom in the house. Well, they moved out into the backyard, but Kelly’s way involved in their lives. However, fans think that Kim should move along, and they claim that Matt’s actually gay.

We reported that the new TLC show is like sMothered, but instead of moms and daughters with cloying relationships. it reveals moms and their sons in a similar situation. While many 90 Day Fiance fans thought they might see Colt and Mother Debbie on the show, that never happened. Nevertheless, four couples bring plenty of bizarre things for fans to discuss on social media.

Is Matt gay? Fans think so

Over on Twitter, TLC fans gathered and there they chatted about Kim and Matt. Lots of them suggested that Matt might be gay. One of them commented, “Dear Kim, Matt is gay. Like, really, really, super duper, uber gay. Sincerely, literally every single person watching.” And, another one noted, “Matt has a little sugar in his tank. Cut your losses girl.”

Plenty of other I Love A Mama’s Boy fans don’t mind if he feels that way. But, overall, they think he treats Kim unfairly by not admitting it.

Did you watch the show? Your thoughts on Matt? Could all those fans be mistaken? Sound off your ideas in the comments below.

Is Jessa Duggar Finally Going To Reveal Baby No. 4’s Gender?
Joy Forsyth’s Son Gideon Goes From Excited To Terrified In Sweet Video
‘My 600 Lb Life’ Milla Clark: Where Is She Now And How Is She Doing?
Viewers Are Here For ‘Thicc B*tch’ Corey Of ‘Too Large’
Lifetime’s ‘Left For Dead’ Continues Summer Of Secrets Series