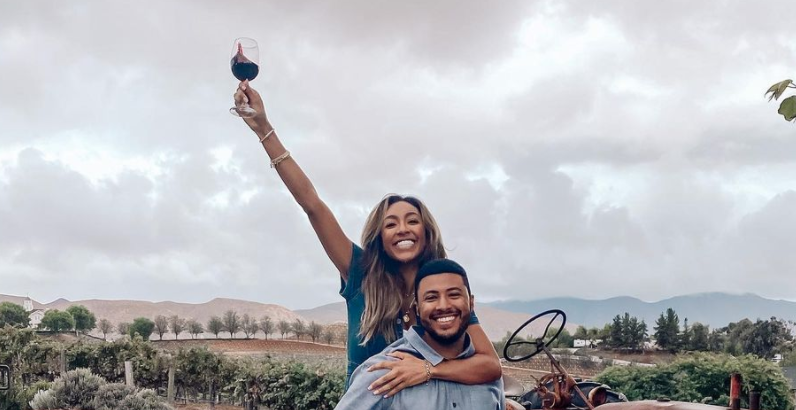 Fans got a glimpse of Tayshia Adams’ brother, and they liked what they saw! In a recent Instagram post, fans commented telling Tayshia how hot they thought her brother was.

Tayshia took to Instagram to post a sweet photo of herself and her brother. She captioned the photo “Wine’n down with the fam!🌻🍷.” In the first photo, she is on her brother’s back and the two look to be having a great time.

However, some fans saw past the cute family aspect of the photo and just noticed how great her brother looks.

“Fam?? Wow, let’s get your bro on the Bachelor…PLEASE!!” another says.

It seems like fans are ready to see Tayshia’s brother as the next Bachelor! 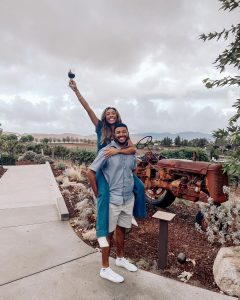 Tayshia as ‘The Bachelorette’

It also seems like Tayshia’s time as The Bachelorette may be coming soon. In a recent preview for the show, Clare Crawley can be seen making out with Dale Moss for what appears to be an hour. Of course, this makes all the other men pretty mad.

After that, Chris Harrison told everyone that Clare would not be joining them for dinner. That’s when all the chaos starts in the new promo.

The frustration goes on when he says: “If you want to go be with Dale then we’ll all go home.”

The frustration of the men really does make sense. After all, they were all there to fall in love with her. However, she’s really just doing what makes her happy and finding a connection with Dale.

Lucky for Tayshia, and all of Tayshia’s fans, that means it’s almost her time to shine on the season. Hopefully, her half of the season will go a little more smoothly than Clare’s did.

Fans are making it pretty clear they are ready for her to take over.

Are you excited to see Tayshia take over for Clare on The Bachelorette? Let us know what you think in the comment. Come back to TV Shows Ace for more news on your favorite reality TV stars. And, be sure to watch The Bachelorette when it airs on Tuesday nights.