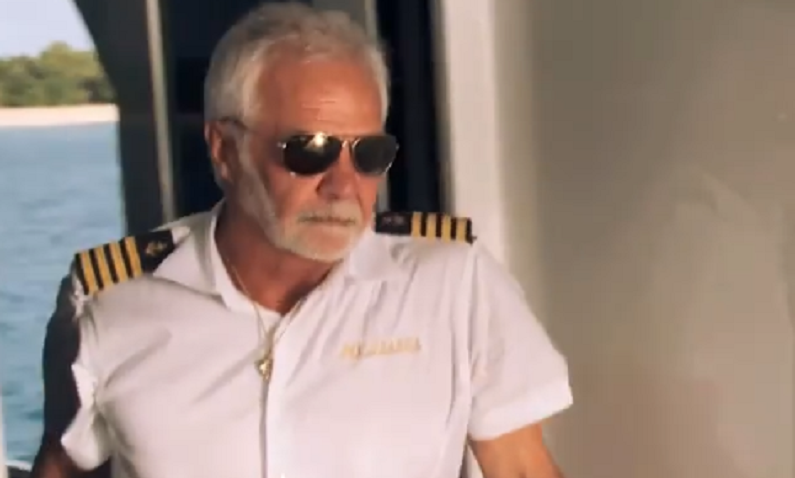 Captain Lee Rosbach revealed what it was like to film Below Deck in the middle of the COVID-19 outbreak. The original series is returning in November for its eighth season. The crew filmed when the world was starting to fall apart. A mystery virus was literally taking the world by storm.

Understandably, the captain didn’t know what to do. Everyone was at a loss for the global outbreak. It was unheard of before. It seemed like the world was on standstill. The tourism industry found itself in the midst of the global pandemic. Find out what Captain Lee has to say about it.

The Bravo star spoke to E! News about his first reaction to the pandemic. Captain Lee was in the middle of filming Below Deck, which made for a complicated situation. The entire world had to shut down due to the coronavirus pandemic. However, life carried on as usual onboard My Seanna. While the crew maintained their composure, Captain Lee admitted that the experience was frightening.

“You have to keep in mind that we’re pretty isolated there,” Captain Lee revealed to E! News in a virtual chat. “We’re kind of like, in a cocoon…in spite of the fact that we have satellite, we have everything that we need, but it comes in a little bit late and a little bit tardy.”

Of course, the popular captain relied on his euphemisms to explain the incident. “Not to plug another show, Don’t Be Tardy for the party when it comes to staying up to date with things. It can’t be helped.”

Even the sunny Caribbean can get turbulent. Find out how on Season 8 PREMIERE of #BelowDeck next week!

In the sneak peek of Season 8, viewers show Below Deck stars just learning about the COVID-19 virus. In the trailer, Captain says, “The f***ing world’s going to hell in a f***ing handbasket.” During his interview with E! News, the reality star talked about what it was like to receive these updates at sea.

“You’re wondering what’s really going on in the outside world and how much information are you getting,” Captain Lee continued. “And we still have our jobs to do.”

As for him and his crew, they had to “stay focused” and “deal with the information as it came in.” While Lee was “concerned” about the pandemic, he didn’t want his crew to go into “full panic mode.” His experience in the yachting industry prepared him for unexpected moments and emergencies like this to happen. This was the first time he saw the entire world shut down.

How has the yachting industry been holding up?

Captain Lee also revealed how the industry has been doing since the coronavirus pandemic. It hasn’t slowed down like other parts of the tourism and hospitality industry. The Below Deck professional says the yachting industry is better-equipped at handling these crises. Both the crew and the guests spend most of their time in isolation.

Grab your best friend and get ready for the season premiere of #BelowDeck!

The industry has even rebounded after it shut down back in March. In addition, the crew has taken on increased health and safety precautions. For example, there is ongoing testing of crew members and guests. Yachting is the perfect escape for people who want to escape the world, sort of speak.

“It’s probably thrived a little bit,” Lee said. “It’s the ideal vacation that you can still take because it’s accessible to people and they feel safe.”

Is This Why Myrka Cantu Took A Break From Instagram?
Lindsie Chrisley & Kailyn Lowry Plan Illegal Road Trip?!?
Witney Carson Discusses Pressure To Get Her Pre-Baby Body Back
‘When Calls The Heart’ Has Another Spectacular Showing
Does ‘1000-Lb. Sisters’ Baby Gage Get Early Acceptance To Hogwarts?