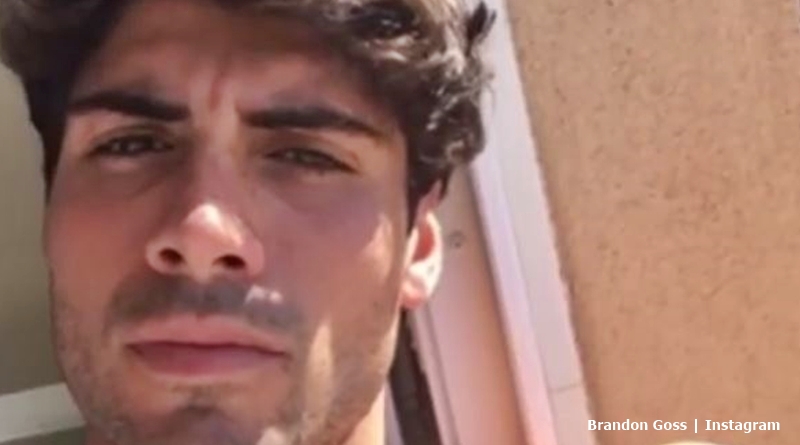 Bachelorette fans really thought that right from the moment they met the cast that Brandon Goss might stand a chance with Clare Crawley. Although she already left the show and made off with Dale Moss, fans still watch the episodes that featured her short-lived part in it. And, they grow angry at the way she treated Brandon. She sent him home. And, they felt she came over way too critical about him not knowing her.

Bachelorette Clare Crawley dissed on Brandon to the camera

In the previous episode, fans felt sorry for Brandon as Clare got quite aggressive with him. In an awkward moment when he obviously felt a bit nervous, he told her that she’s”gorgeous.” But, he admitted that other than knowing she came from  Sacramento,” he wanted to “get to know” her. Clare grew all uppity, and asked him “You don’t know anything about me?” So, he told her that didn’t yet know her on a “personal level.”

Well, isn’t that the point of the show? But, Clare told the camera, “Brandon can’t even think of one thing he likes about me, like, why are you here?” One irritated fan on Twitter said, “Wth Claire walked Brandon out for being honest and saying he doesn’t know her on a personal level …. that was just bizarre.” And, another Bachelorette fan pointed out, “meh i think clare kicking brandon off for not being able to name another reason why he came on the show was a bit much. DUH he doesn’t know you! the reason why he’s here is to GET to know you.”

Wow the way she treated Brandon.. unbelievable so self centered. Whole point of the show is to get to know the bachelorette… what did she expect? Psycho fr #bachelorette

Clare went hard on Brandon when she sent him home

Brandon took to his Instagram on Sunday, October 25, and shared a photo of himself. He captioned it with, “That time of year 🍂🍁🍂.” But in his hashtags, he added, “#justiceforbrandon #teambrandon.” Fans laughed at “justice for Brandon.” And, a lot of them commented about Clare Crawley. One of them noted, “Literally came here after watching what a crazy B Clare was. Hope you’re invited to Paradise.”

Actually, plenty of fans hope he might even become the lead on The Bachelor one day. Another Bachelorette fan said about Clare Crawley, “U deserve better,” and one comment described Clare as “insane.” Meanwhile, other fans invited him to “slide” into their DMs. And a mom wrote, “You back in nyc and ready to meet my daughter?🤪” And, other fans think he made a good escape when Clare sent him home.

So many fans hope that ABC invites Brandon Goss back for Bachelor in Paradise. Hopefully, they do that, so Bachelor Nation fans follow his search for love a bit more. Do you think that might happen? How do you feel about the way Clare treated him? Sound off in the comments below.

Keep watching Clare’s journey on The Bachelorette Mondays on ABC.