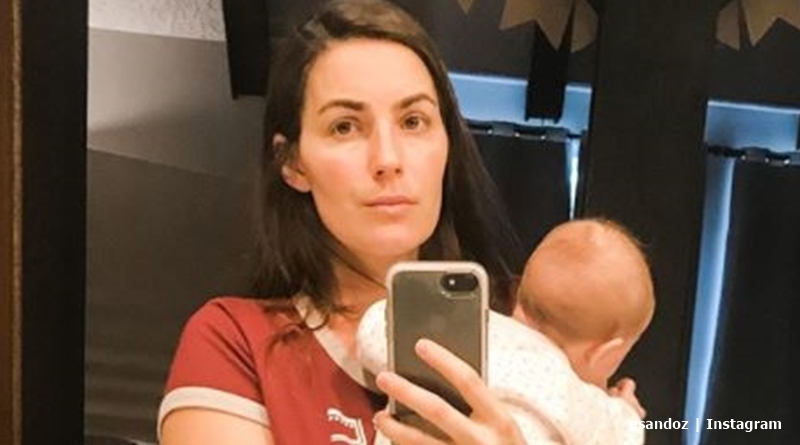 The Bachelor alum Liz Sandoz Presta married Vito in 2019. She didn’t meet him on the ABC franchise, but you might recall her as a contestant for Nick Viall’s heart. And, a big scandal rocked fans when she revealed that she and Viall slept together before filming. Apparently, that took place at Jade and Tanner Tolbert’s wedding. But she moved on, and later, she and Vito had a baby girl, Jovie Noelle in 2020. Now, she talked about motherhood.

Taking to her Instagram on Sunday, October 25, Liz shared a photo of herself cradling her baby girl. She talked about motherhood, saying she almost totally forgot how it felt carrying her baby inside. In a long post, she noted, “Carrying her in my womb was much easier than carrying her in my arms. I know this isn’t the case for everyone. I barely remember what it was like to carry my child in my womb.”

Birthed two months ago now, for the Bachelor alum, pregnancy feels like “a distant memory.” And, she feels lucky that she managed her pregnancy so easily. In fact, that meant she really enjoyed being pregnant. She noted, “I look down at my deflated tummy and all I remember is that it was easy.” But, after the birth, she went through some traumatizing times. You might recall that her birth seemed way harder than the pregnancy, and Jovie Noelle ended up in the neonatal intensive care unit.

The hard part about raising a baby

Liz Sandoz talked about “postpartum” in about “week 7” after Jovie arrived. “Jovie is still recovering from her procedure. The days have been really tough and we both cry.” And, it seems that Liz struggles with figuring out why Jovie cries. Finally, Liz understands why people describe motherhood as “hard.” She confessed, “I get the emotions and feelings that come with motherhood…anxiety, guilt, exhaustion, love, joy, over protection, anger.”

But, the Bachelor alum also feels that “the good still out weighs bad 1000%.” So, when she feels a bit overwhelmed by worry and guilt, she remembers that other women managed to raise their kids successfully. And, because they made it, she believes she can, as well. Other moms who went through the same feelings reassured Liz Presta, noting that somehow, it all comes together in the end.

Plenty of Bachelor fans sent their reassurances in for Liz. One said, ” You’ll make it through, Mama! We all do, though it seems nearly impossible at the time :/ give yourself grace. Liz the “mama” was just born too 💕💕.” Actually, that seems like a really good way of describing first-time motherhood. Do you agree?

Sound off your experiences in the comments below.