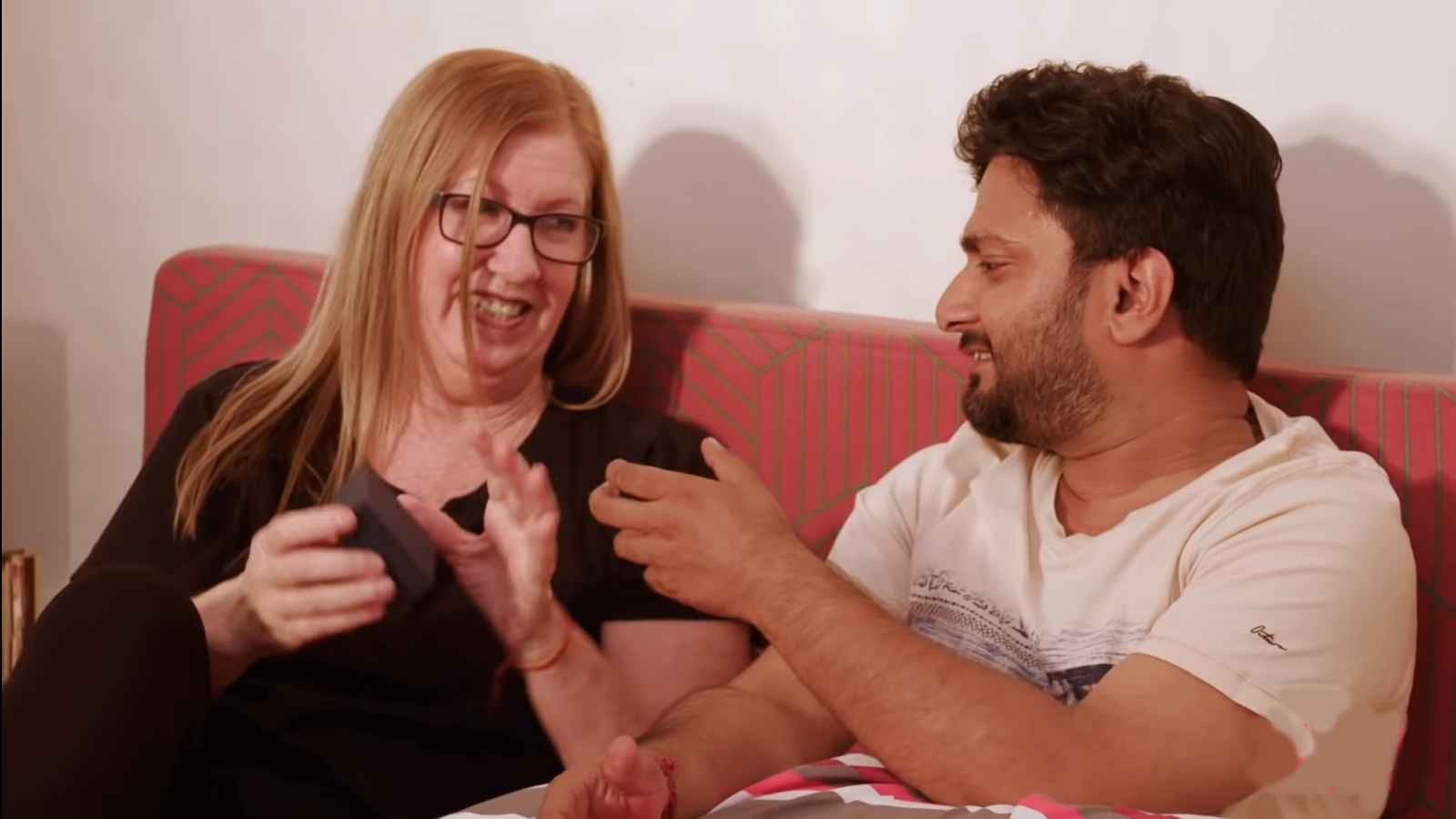 The episode of 90 Day Fiance: The Other Way of Sunday, October 25 revealed what fans consider an embarrassing scene. This is where Jenny Slatten and Sumit Singh discuss their passionate night together. It also reveals Jenny giving Sumit a ring to thank him for all he has done, but he rejects it, saying it is not the time. This is as Sumit is about to head to court to fight criminal charges laid against him by his wife.

90 Day Fiance stars Jenny and Sumit and their passionate night

The scene opened with Jenny and Sumit relaxing in bed. He asked her, “So, how was it?” She replied that it was good. In his confessional, Sumit admitted to the camera that she dominates him in bed and that he likes this.

Due to Jenny being twice Sumit’s age, this led to fans commenting on a teaser video clip on YouTube. One wrote, “The sex talk was absolutely mortifying… I really do not want to imagine granny Jenny dominating Summit [sic].” Another wrote, “This lady is putting a bad name for women. She’s desperate and has no self steem [sic].” Yet another fan commented, writing “Let’s not ….. talk about that on camera?? Is anything private any more [sic].”

After their conversation about their passionate time in bed, Jenny tells Sumit she has a gift for him. It turns out to be a promise ring that she bought in the States before heading to India. Jenny said it was to thank Sumit for everything he has done for her. However, he rejected the ring, saying now wasn’t the time. Sumit explained that in India, they have a special ring ceremony to bless their love. He said he really couldn’t get engaged before he gets divorced. Watch the teaser clip below.

90 Day Fiance fans will remember that, in order to get divorced, Sumit had to promise to pay his estranged wife $20,000. However, she has gotten greedy and is now asking for monthly maintenance of $500. On top of this, she has laid criminal charges against Sumit, saying he abused her.

In Sunday’s episode, we see Sumit heading to court with his friend. His friend told the TLC cameras that he is afraid that Sumit’s wife is tricking him for more money. The abuse accusations were fortunately dropped, along with the spousal support request. Sumit’s friend congratulated him on winning his case. However, Sumit pointed out there was still the problem of getting his parents’ approval for their marriage.

When Sumit arrived home, Jenny was relieved to hear the good news. It would have been difficult for them to afford the payments, as they mostly live on her social security payments.

Jenny told the cameras she hopes the divorce will go through quickly. Her visa will soon run out. This would mean she would have to return home unless she can marry Sumit. He said the date would soon come when he would have to pay the balance of the $20,000 and have the divorce confirmed.

Keep up with Jenny and Sumit’s story on 90 Day Fiance: The Other Way on TLC, Sundays at 8 pm ET.