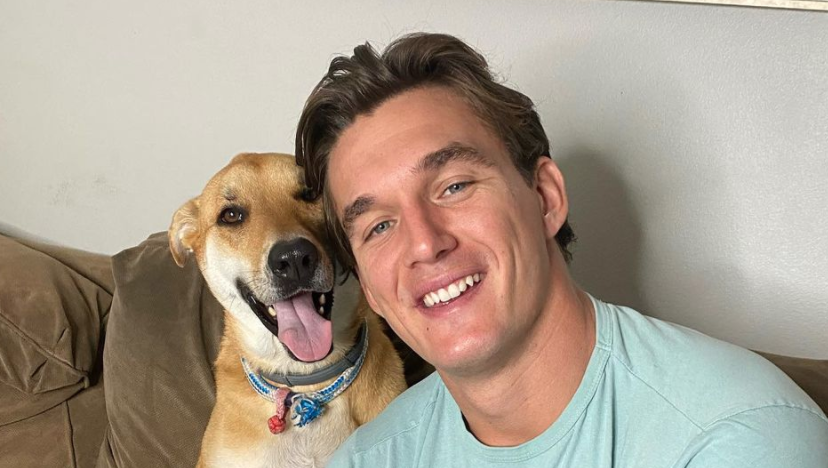 Tyler Cameron is still talking about his time on The Bachelorette. Now, he’s talking the one regret he has from the show and how picking out an engagement ring went.

Tyler and Hannah Brown had a pretty intense relationship on The Bachelorette. He ended up being her runner up. Since then they have talked a bit and even ended up quarantining together for a while. But, that doesn’t mean Tyler didn’t have any regrets while on the show. According to US Weekly, his is that he didn’t talk to Hannah on night one.

According to Tyler, this put his relationship behind everyone else’s he reveals on an episode of Bachelor Confessions.

“The only regret I have was not speaking to her on night one. That’s my biggest regret because that put me behind the eight ball,” he says. “My relationship started slower than everyone else’s. I think that could’ve definitely helped speed things up, get things rolling.”

His regret makes sense seeing as he came in second. However, the couple has since had plenty of time to end up together. If it was meant to be they would likely be together now.

Picking out the ring

Tyler also dove into what it was like to pick out a ring for Hannah Brown on the show. Apparently, it was a pretty rough process.

A smile that exudes confidence is important. Sometimes you’ve got to touch things up on your own to help bring out that confidence. @vvardis can whiten your smile at home before you head out on that date. Who knows when it could be your last first date! #vVardis 🦷

He says to pick out the ring he looked at Hannah’s personality. He says Hannah has a big personality so she needs a big ring.

“I was like, you know what, just give me the biggest one there is … that fits Hannah’s personality,” he reveals. “Big personality, big ring. That’s kind of how I came to my answer at the end of it.”

His logic does make a lot of sense. It seems like Hannah would love a big ring.

Recently, Tyler has also talked about how he was portrayed on the show. Apparently, he isn’t mad at all even though he also says he won’t be returning to Bachelor Nation.

Did you want to see Hannah Brown and Tyler Cameron together? Let us know what you think in the comments below. Come back to TV Shows Ace for more news on all of your favorite Bachelor Nation stars.