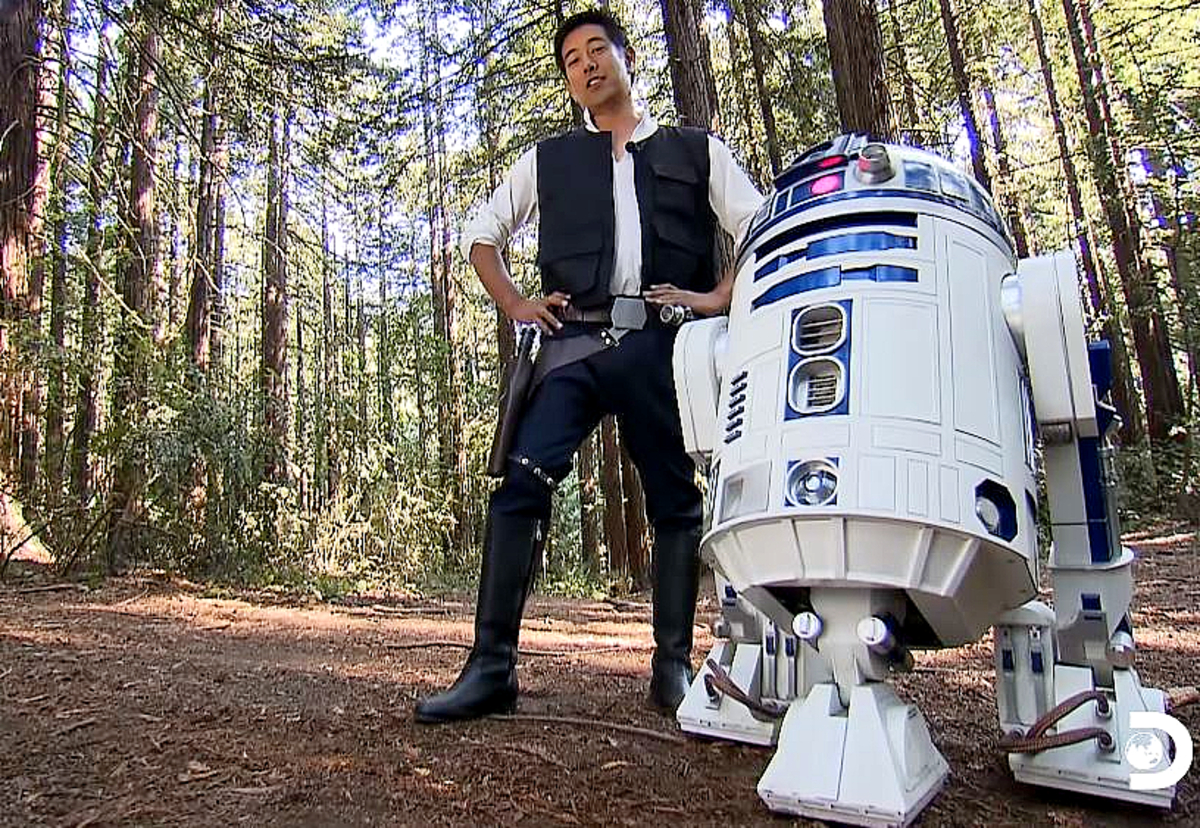 The year 2020 has been an unkind one to say the least. One of the more tragic news items that crossed out desks was the sudden death of Discovery star Grant Imahara this past summer from a brain aneurysm.

Now his mother has helped to shape a nonprofit in her son’s name that will help other science minded kids who need a leg up and a way in to study similar fields in science that captured Grant’s imagination at a young age.

The STEAM Foundation is a non-profit organization founded by Grant’s mother, Carolyn Imahara, and several of his lifelong friends.

What is STEAM Foundation about?

The nonprofit is built around the core principles embodied by Grant throughout his life – curiosity, integrity and generosity.

The Foundation’s mission is to help talented kids get an “in” educationally as it will empower those underserved youth in Science, Technology, Engineering, Art, and Math education.

The Foundation is dedicated to serve Grant’s legacy of giving back to communities in need through mentorships, grants, and scholarships.

The goal is to fund scholarships and grants to make sure every student who has the desire and the talent to be funded in their education, regardless of their socio-economic status, race, color, or gender.

The Foundation was officially announced October 23, 2020 during a public online celebration of Grant’s life, on what would have been Imahara’s 50th birthday.

Imahara tragically passed away in July 2020 from a brain aneurysm, cutting short a prolific life that was spent inspiring others in science and the arts.

Grant Masaru Imahara was born October 23, 1970 in Los Angeles, CA. He grew up in Southern California and was raised by his mother, Carolyn Imahara. As a young child he was an adept Lego blocks enthusiast who loved all things mechanical and complex. He wanted to be a roboticist after his mom took him to see Star Wars in 1977.

He was enthralled with the droids would prove to be an ironic foreshadowing of Grant’s career.

Cast on the hit television series MythBusters, Imahara was a noted robotics engineer who held positions at both Lucasfilm and Industrial Light & Magic (ILM). He worked on Star Wars: Episodes I, II and III, The Lost World: Jurassic Park, and The Matrix Reloaded and The Matrix Revolutions.

In the early 2000s, Grant mentored the Richmond High robotics team for several years for the FIRST Robotics Competition, an international high school robotics competition. This inspired some of the students to stay involved and become mentors themselves, one of whom runs the program to this day.

Later in his career, he worked with Walt Disney Imagineering (in 2017) on a project known as “Stickman – Towards a Human Scale Acrobatic Robot.” The results of this research produced an autonomous, self-correcting, acrobatic style audio-animatronic figure (Stuntronics), which will be utilized on attractions throughout the Disney theme parks.

One of Grant’s last creations was to build an animatronic Baby Yoda, based on the character from the Disney Plus series, The Mandalorian. He did all the mechanical design, programming, and 3D printing of the molds. It was a personal project, and when asked why he made it, he replied, “It could be a character I could bring to children’s hospitals for charity work, which is something I’ve been committed to doing. In the few public outings we’ve had, everyone melts. He’s a happiness maker.”

Grant continued mentoring young talent for the rest of his life, and this spirit he had will live on in The Grant Imahara STEAM Foundation. The founding board members Carolyn Imahara, Grant’s mother; and longtime professional colleagues and friends Don Bies, Anna Bies, Edward Chin, Fon H. Davis, Coya Elliott and Ioanna Stergiades will continue Grant’s legacy through mentorships, grants and scholarships designed to provide access to STEAM education to all students, regardless of socioeconomic status, race or gender.

In 2005, Grant joined the Mythbusters cast in its third season where he reunited with fellow hosts and ILM Model Shop alumni Adam Savage and Tory Belleci, and fellow Battlebots competitor, Jamie Hyneman.

Adam Savage said of Grant: “Grant’s contribution to Mythbusters is hard to overstate. He was the only one of the five hosts to have an actual degree in what we were doing, which was engineering and science.”

In 2010, while still with Mythbusters, Grant was invited to create a comedic robot sidekick named Geoff Peterson for Craig Ferguson, host of The Late Late Show. At the end of the 2014 season, Grant, and fellow build team hosts, Tory Belleci and Kari Byron, would leave Mythbusters, but would resurface in 2016, on another investigatory program called White Rabbit Project on Netflix.

“There are many students, like my son Grant, who need the balance of the technical and the creative, and this is what STEAM is all about,” said Carolyn Imahara, Grant’s mother and Foundation co-founder in a press statement. “I’m so proud of my son’s career, but I’m equally proud of the work he did mentoring students. He would be thrilled that we plan to continue this, plus much more, through The Grant Imahara STEAM Foundation.”

In conjunction with today’s Foundation announcement, the USC Viterbi School of Engineering, together with Grant’s USC classmate and friend Wade Bick (Electrical Engineering, ’93), kicked off a drive to name a study lounge after alumnus Imahara. All gifts in support of the Grant Imahara Memorial Study Lounge will go directly to support the USC Viterbi K-12 STEM Center, which provides programs that bring innovative STEM projects to under-resourced K-12 schools, teachers and families in Southern California.

‘The Bachelorette’ Alum Bennett Jordan Found New Love, Who Is It?
‘Jealous’ Kendall Jenner Reveals Stormi Is Trying To Steal Her Man Devin
Lauren Bushnell Dishes On Postpartum Depression
Will Carlin Bates Find Out Baby Number Two’s Gender Before Birth?
Jennifer Aniston Reveals She Is Not Attending The Emmys This Year And Why