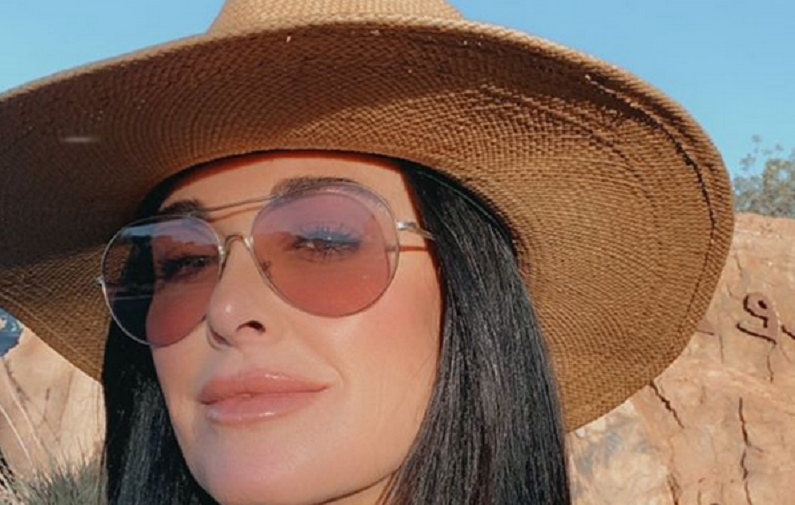 Breast cancer hits home for Kyle Richards. Eighteen years ago, her mother died from the disease. And now she has an important message for fans. She released the PSA amid Breast Cancer Awareness month.

Her mother, Kathleen Richards, died in 2002 after battling cancer. Now, Kyle is partnering up with breast surgeon, Dr. Heather Richardson. On Saturday, October 24, the two celebrated Annual Mammogram Day at the Bedford Breast Cancer. She spoke out about the importance of self-examinations for women.

Kyle opens up about her mother

On Thursday, October 22, Kyle Richards spoke exclusively to Us Weekly about breast cancer, a cause that’s close to her heart. During the interview, she talked about her mom’s death. She also urged women to get mammograms and to do self-examinations.

“I lost my mom to breast cancer 18 years ago. So, it’s really important for me to use my platform and my voice and get out there and remind women to get their mammograms and do a self-exam every single month because you can really save your life,” Kyle told Us Weekly. “When I think about the fact that my mom did not have a mammogram for five years because she was afraid, it tortures me, you know? So, I don’t want other women to suffer like that or their loved ones to suffer too.”

The National Breast Cancer Foundation reported that one in eight American women will be diagnosed with breast cancer in their lives. In 2020, over 42,000 women in the U.S. will die from the disease. If the cancer is detected early and is in a localized state, then the five-year survival rate is at 99 percent. Doctors urge the importance of clinical breast exams, at-home self-tests, and mammograms.

The Bravo star admitted that she “used to get anxiety” doing self-exams because of her mother’s diagnosis. However, Kyle has become “better about it now.” She realized that “part of the fear” for women who avoiding testing is the “pain” of the examination or finding something wrong.

The 51-year-old says she “absolutely” speaks to her four daughters about preventative measures “all the time.” Breast cancer is just as common in younger women. She will continue to create “more of an open dialogue” about it.

Kyle Richards worked alongside her doctor

On Bedford Breast Center’s Annual Mammogram Day, the Dr. Susan Love Foundation nominated women to receive a free mammogram. Kyle Richards revealed that she often visits the Beverly Hills clinic for testings. The television personality also had some important advice for her fans who are unsure about getting a mammogram.

“I’m very proud to partner with Bedford Breast Center. I’ve been going there for years and myself,” Kyle explained. “I think that, you know, you’ve got to find someplace that you’re comfortable with, because I used to be so afraid to go because I’d go into the hospital. It was scary and intimidating to me. So, find someplace that you’re really comfortable with and you feel safe, and then it won’t be as intimidating to go. ”

Kyle wasn’t alone. Also in attendance was her RHOBH co-stars, as TV Shows Ace previously reported. The ladies are currently filming the new season. It’s likely that this event will be mentioned.