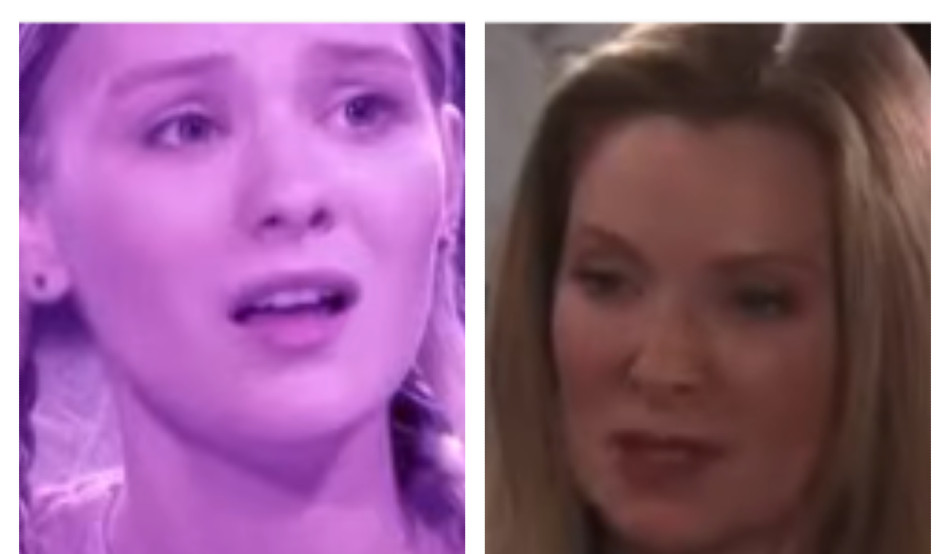 Halloween kicks off this week. Days of Our Lives already amped up the creep factor last week with a prison break. A power outage left the Salemites in the dark. The prisoners are still on the loose.

What can fans expect on the sudser this week?

Clyde (James Read,) Orpheus (George DelHoyo,) and Dr. Rolf (William Utay) are among the prisoners running amok in Salem. Orpheus sets his sights on Marlena (Deirdre Hall.) But Marlena’s granddaughter, Allie (Lindsay Arnold,) gets an unexpected visitor. One she doesn’t recognize, but fans will.

Clyde takes an interest in Allie. He shows up on her door, posing as a utility worker. An unwitting Allie lets the felon in to her apartment. Baby Henry goes missing this week, too. Are the events connected?

What would Clyde want with Allie Horton’s baby?

As fans know, Kristian Alfonso abruptly left her role as Hope Brady on DOOL. As a result, Hope didn’t get a real exit. She just mysteriously went off-screen. Well, this week, fans may find out what Hope is up to. Jennifer (Cady McClain) finds a letter from her “Cuz.”

She shares the news with Doug (Bill Hayes) and Julie (Susan Seaforth Hayes.)

Jennifer will look a little different these days. Actress Melissa Reeves didn’t want to travel from Tennessee to California to film the soap during the pandemic. So, DOOL asked soap vet Cady McClain (All My Children) to temporarily take over the role. She debuts this week.

DOOL’s Dr. Rolf Kidnaps Kayla for His Next Dastardly Experiment

Dr. Rolf is on the lam! But instead of hiding out, he continues with his strange experiments. The crazy doc kidnaps Kayla (Mary Beth Evans) this week. Spoilers indicate that he plans to impregnate her with Stefano’s (the late Joseph Mascolo) baby.

Will Steve (Stephen Nichols) rescue Kayla before it’s too late?

Gwen Continues to Insert Herself in the Deveraux’s Family, But Someone Gets Suspicious on DOOL

When Gwen (Emily O’Brien) first came to town, she was all about Jake (Brandon Barash.) But now she is setting her sights on someone else. Gwen has a strange obsession with Abby (Marci Miller) and the Deveraux family.

Gwen took a job as Abby’s nanny to get closer to Abby. In addition, she offers to plan a party to celebrate the anniversary of Jennifer waking up from a coma. But Chad (Billy Flynn) begins to wonder about Gwen’s seemingly selfless behavior. What is she hiding?

The show’s headwriter promised a story for Jennifer. It seems likely that Gwen is involved in that somehow.