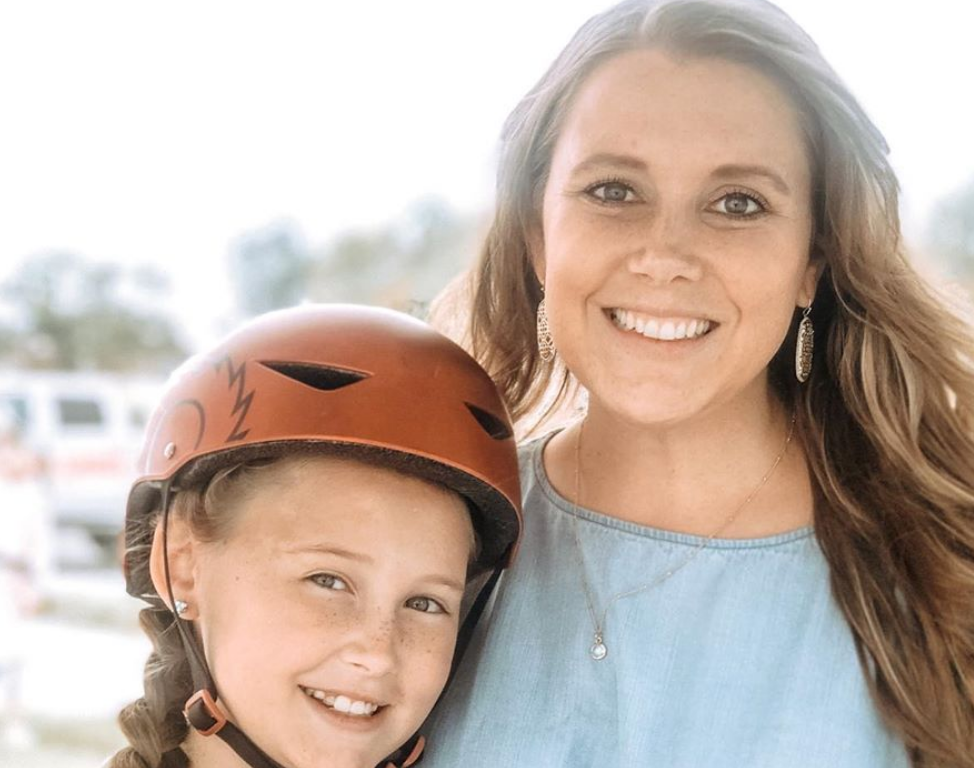 Critics of the Duggar family often take issue with the older girls raising their younger siblings. Critics believe that raising the children is the responsibility of the parents. Longtime fans may recall the family’s buddy system, where an older child is paired with a younger child. This is another way that the older kids help with the little ones.

Now, Jim Bob and Michelle’s oldest son Josh has six kids of his own with his wife Anna. Their kids include Mackynzie, Michael, Marcus, Meredith, Mason, and Maryella. Their kids range from age 11 to nearly one year old.

In the past, a fan pointed out that Mackynzie looks like a great big sister. The fan asked if Anna uses a buddy system. To this, Anna responded, “We do not have a buddy system. I’m mom, and as much as possible, I want our children to be free to enjoy their childhood!”

Over the weekend, Anna shared a new photo of her children, and it has critics talking about Mackynzie being a “sister-mom.”

Critics of the Duggar family use the term “sister-mom” to refer to the older girls that care for their younger siblings. Some critics and fans think that the buddy system requires the girls to act as a mom, even though they are still children themselves.

Duggar critics think Mackynzie does a lot of Anna’s parenting

In response to Anna’s new photos, critics on Reddit are talking about Mackynzie. In the photo, Mackynzie is holding her youngest sibling, Maryella. So, critics have decided that’s a sign that Mackynzie is caring for her sister.

One comment reads, “I see mckenzie is raising maryella now.” Someone else calls Mackynzie and Maryella’s matching dresses “Mommy and Me dresses.” Plenty of other similar comments are filling the Reddit thread.

Could Mackynzie Duggar just be holding Maryella for a photo?

Of course, it’s possible that Mackynzie is just holding her sister for the photo. Maryella is just beginning to walk, so she couldn’t stand on her own for the photo. It’s also worth noting that Mackynzie and Maryella have matching outfits. So, maybe Anna wanted them to be near each other in the picture to show off their coordinating outfits. Even if Anna doesn’t specifically ask Mackynzie to help out, she may choose to.

So, what do you think about Mackynzie possibly helping out? Do you think it’s an issue? Share your thoughts in the comments below.