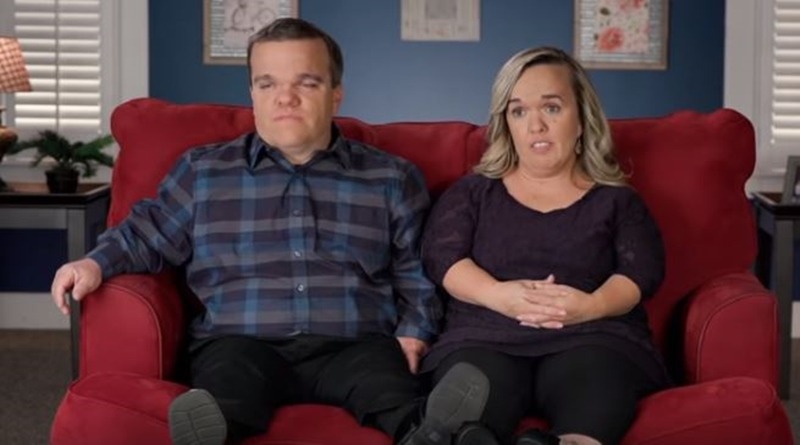 7 Little Johnstons mom and dad, Amber and Trent see their kids grow up these days. So, the younger family members don’t get so excited about Halloween as they did in the past. Well, Amber won’t let that stop her and her husband from enjoying it. And, fans think they just won the internet with their Halloween outfits and performance.

On the TLC show, fans often see Amber and Trent acting a rather stern role of parents concerned about the kids. But, on their Instagram account, they often joke around and look really happy together. Now, in celebration of Halloween, they went all out. Amber said that these days the kids don’t get so excited about it. Her caption on a video clip noted, “channeling our inner….•Dolly & Kenny• #kidsdontdohalloweenanymore #nowitsourturn.”

Fans loved the video that the 7 Little Johnstons parents shared. First, it revealed the TLC couple singing to each other in their normal everyday clothes. But then, they changed into costume. They chose the song Island’s in the Stream sung by Dolly Parton and Kenny Rogers. For comparison, we embedded the original here for you to see how well Trent and Amber carried it off.

Trent and Amber win the Internet as Kenny Rogers & Dolly

Fans really like Trent and Amber, and they seem grateful that they often get nice comments from their followers. Well, they found many more appreciative comments when they performed Islands in the Stream. In fact, many people thought that Amber perfected Kenny Rogers. And, Kenny made for a realistic, if over the top Dolly. Actually, it;s hilarious and lots of people just loved it.

One 7 Little Johnstons fan commented, “I can’t love this more!!!! You 2 are the best!!!!” And another happy fan noted, “Omg this wins the internet today!” Other comments included:

When does the show return on TLC?

As usual, fans asked when the show returns. People reminds readers that it last premiered in March this year. Fans saw Anna go off to college and Emma seemed excited about a boy. Fans want more, but TLC never announced a cancellation. So, for the time being, we can probably safely assume that in time, 7 Little Johnstons returns again.

What did you think of Trent and Amber in their Halloween performance? Did you think they won the Internet? Sound off in the comments below.