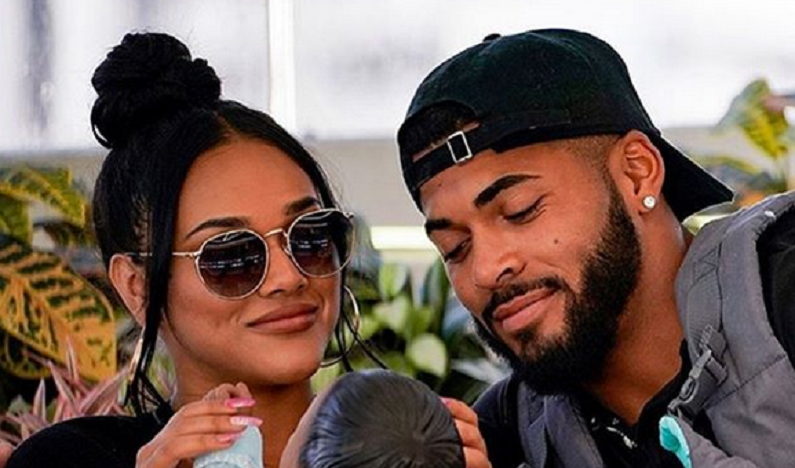 Love Island runners-up Johnny Middlebrooks and Cely Vazquez are still together. This may come as a shock to viewers who assumed the couple wouldn’t make it. But they’re set on moving past their Casa Amor drama. Johnny and Cely have been together since the early part of Season 2.

Then, the infamous Casa Amor episode happened. Johnny found himself tempted by Mercades Schell, who claims he’ll slide into her DMs after the show. Well, it looks like it hasn’t happened yet since Johnny and Cely have reunited. Cely shared an update on their relationship on social media earlier this week.

Johnny and Cely are back together

On Thursday, October 22, Cely posted a video on her Instagram Stories. She apologized to Love Island fans for being “inactive” on social media. It had nothing to do with their rumored split. In fact, Cely has been having “so much fun” with Johnny lately.

“Hi, you guys! I just wanted to hop on really quickly and say I’m sorry for being kind of inactive,” Cely said in the video. “Johnny is here and he’s having In-N-Out for the first time.”

She panned the camera over to Johnny who said, “West side, baby,” while holding up a finger. Then, Cely promised to be more active on social media. She’ll also more updates about their relationship. The lack of updates had fans concerned about the couple.

“I’m going to try and be better about posting,” the reality star promised. “It’s just, I’ve been having so much fun with my man and it’s just been hard.”

Cely hails from California, while Johnny lives in Virginia. She also revealed that the couple will be vlogging their trip together for their followers to see.

The Love Island couple will document their L.A. trip

Johnny reunited with Cely in her hometown of Los Angeles. It’s been hard for the couple to remain separate during this time. They have gotten used to seeing each other every day in the villa. Even Johnny previously admitted on Instagram that the distance was getting to him.

Most of the couples on Love Island live far from each other. Each of the islanders has since returned to their careers, families, friends, and responsibilities since their time on the show. Love Island Season 2 winners Caleb Corprew and Justine Ndiba had to return to their respective hometowns in California and New Jersey. However, Connor Trott and Mackenize Dipman have been inseparable since leaving the villa.

Cely has suggested the idea of Johnny moving to California to be with her. But he has a life and career that he can’t just give up. Still, the couple is making the best of their long-distance relationship. The couple will have to come up with a plan if they want to be together for the long-term.

It’s likely that the COVID-19 pandemic has made moving to a new state harder than it would normally be. Their Love Island reunion was long overdue. Fans are looking forward to seeing the photos and videos that will come from this trip. However, Johnny and Cely haven’t shared too many details of this trip.

It might just be a weekend trip. Cely and Johnny probably want to get the most of their time together. What are your thoughts on their reunion? Are you surprised to see Johnny and Cely still together? Sound off below in the comments section.