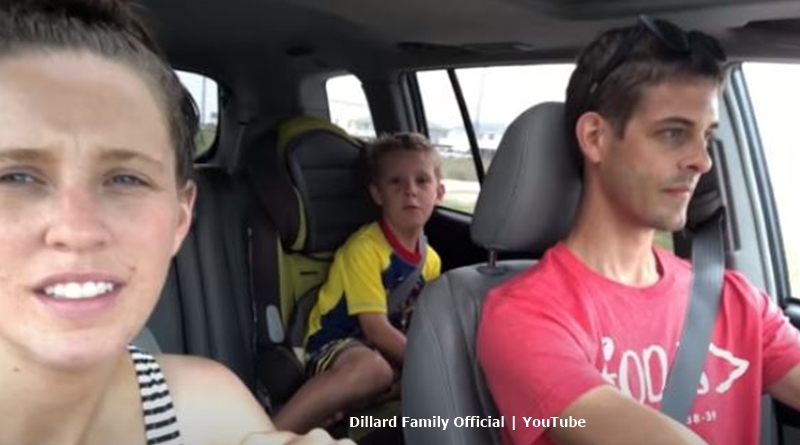 Jill Duggar and Derick Dillard finally got around to making their videos of their summer vacation at the beach in 2020. In five videos of about eight to 15 minutes each, she detailed the fun the family enjoyed. In the first one, she said the kids got so excited, they packed days before they left. So, she helped repack everything.

Jill Duggar and Derrick took a road trip to the beach

On the road, the kids enjoyed driving through a tunnel. Well, Israel looked excited about that experience. Little brother Sam, seemed a bit less enthralled with it. And, the boys liked driving over the top of the Mississippi River. Dad Derick told them about soon arriving in a different state. But soon after that, little Sam conked out and looked asleep in his car seat.

After a long day, Jill Duggar revealed they finally reach their accommodation after nine at night. And, the kids helped bring in their suitcases. The next day, Israel got up first and rushed to look at the beach from the balcony. Meanwhile. sleepyhead Sam woke up a bit slower. The family told him “hurry” as “dad” waited to “show him the beach.” But he seemed a bit more excited about spotting a bird.

The kids finally arrive on the beach

Mom made breakfast before the family went outside. They decided the pool looked great, and Israel became very excited. He told the camera it’s the “first time” he went to a pool since he turned “five.” But mom took forever, videoing all the bedrooms before they went outside. The kids both put their hats on in the apartment, but later by the pool, Israel went bare-headed, but Sam wisely kept his on.

While Jill Duggar looked after Sam, Derick tried teaching Israel how to push off the wall and swim on his tummy. But he referred paddling around in a more upright position. Meanwhile, day three turned out cloudy and a bit wet. But, Jill said a place also comes with an indoor pool.

However, when it cleared up a bit, she took the boys to the beach. There. they played in the sand while Derick went for an interview. Later that day, they went for a drive to Flora-Bama Watersports where the whole family wore their masks.

In the morning it rained, so they enjoyed breakfast. But by 10:30, they made it to the ferry. And, the boys became excited as they drove onto it. Keen, Israel asked if could unbuckle his seat belt. But, Jill made him wait until Derick finished parking the car. When it was safe, Derrick and Israel hopped out of the car and Jill helped Sam unbuckle, as he also wanted to stand by the railing and look at the water.

Cute little Samuel hoped that they’d see some fish. And then, he told his mom, he’s going to “eat it.” The kids said they enjoyed the ferry ride, but Israel felt a bit down as they never saw any dolphins. Next, they picked up some lunch from Subway and they headed for the “public beach” where the kids could “hang out for a while.” The kids played so much, that Jill bribed them with peppermints to come and eat.

It certainly looked like Jill Duggar and Derick Dillard enjoyed their time at the beach. And, certainly, the boys did. Especially Israel who’s old enough now to really enjoy adventures.

Do you enjoy the beach vacations? Let us know in the comments down below.